Wall mural advertising company with nationwide OOH wallscapes for hand painted advertisements. Graffiti USA provides a large inventory of exterior walls for street art advertising murals. In addition, we paint our murals primarily with spray paint and brush. As a result, this form of outdoor advertising is very popular because the mural painting process can create content to be shared via social media. Furthermore, the walls we have are located in high traffic areas and generate a lot of impressions. 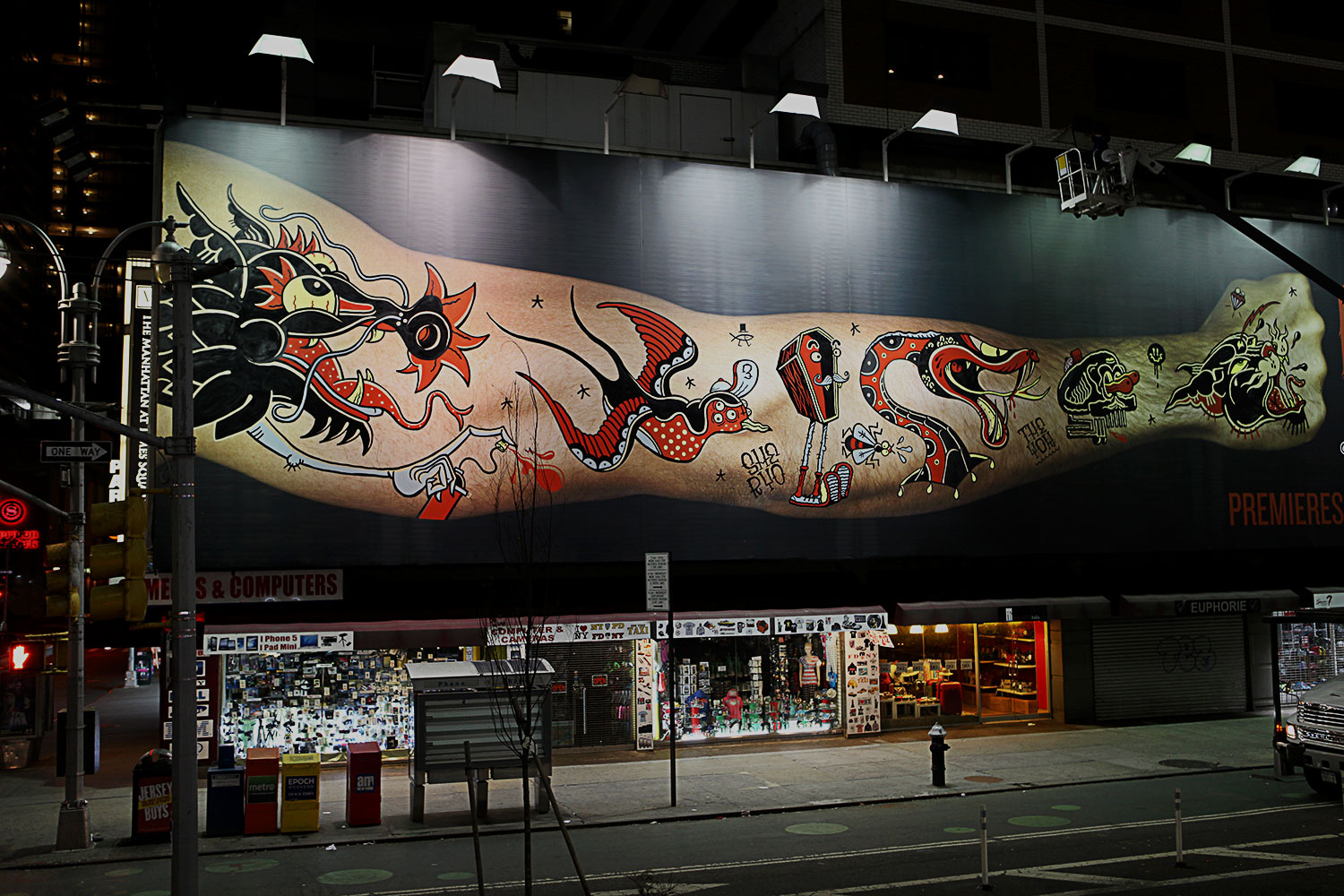 Graffiti USA partners with various media companies across the country that allow us to hand paint wall mural advertising projects on their walls. In addition, we also manage several properties for rotating public art but they cannot include any call to action or logos. The plus side is that these murals can stay for the long term without always incurring a monthly fee. As a result, these are also great solutions for filming a temporary mural process. 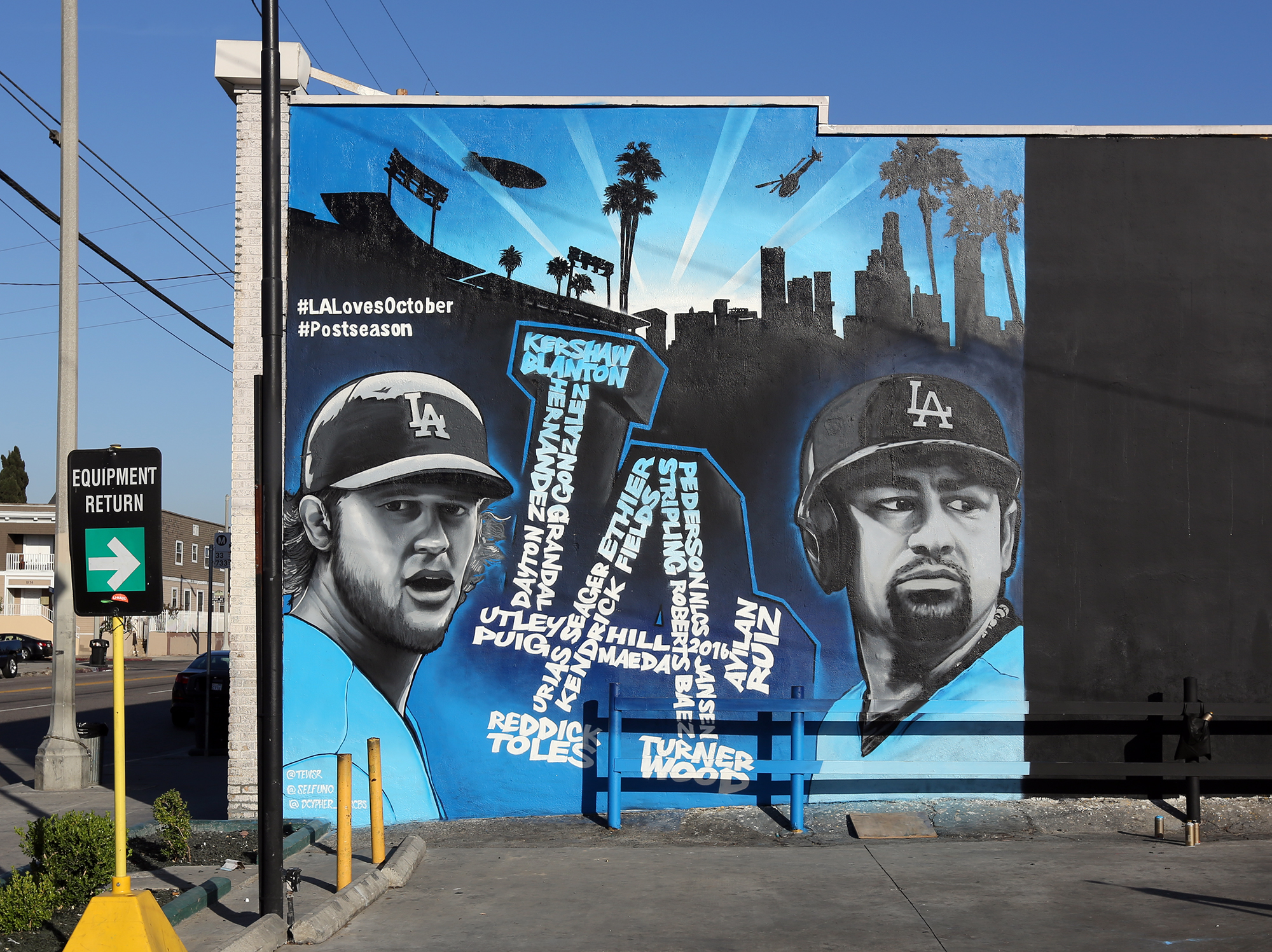 Our mural company specializes in interactive ground level murals. In other words, we want the public to be able to appreciate the hand painted qualities of the artwork up close. As a result, we focus on the detail and quality of our artwork. Furthermore, we are one of the only mural companies that offer hand painted mobile trucks. These are amazing solutions to reach your demographic when there are no media wall solutions nearby. GPS tracking is available on our advertising trucks. As a result, it works perfectly for targeting people at events.

There are often many questions about the legality of advertising through wall murals. We would highly recommend that you consult with local governments as laws vary throughout the country. Since we are based in New York City, we have more knowledge here than in other cities. Firstly, the property needs to be zoned for advertisements. Secondly, there’s a limit to the size of the wall mural advertisement. Thirdly, if there needs to be any kind of swing stage setup, our artists need to be OSHA certified. Finally, we need to make sure there is nothing offensive and run the artwork by the property owner as well.

How Long Does a Wall Mural Advertisement Last?

Typically, wall mural advertisements last a flight of 4 weeks. This does not include the time it takes to produce the artwork. Once the 4 weeks are up, we will paint over the mural. There are options of extending the flight time for additional costs. We also help maintain the graffiti mural if it ends up being defaced or vandalized during the flight time.

We were honored to be part of an international mural project promoting the Netflix series Orange is The New Black – Season 5. As part of this project, we curated several artists to create unique designs paying tribute to one of the main characters of the show that passed away. Firstly, we selected artists local to their respective city.  Secondly, we partnered up with local media companies to hand paint all of the wall mural advertisements. In conclusion, this was an amazing project with walls across US, New Zealand, Australia and Canada. 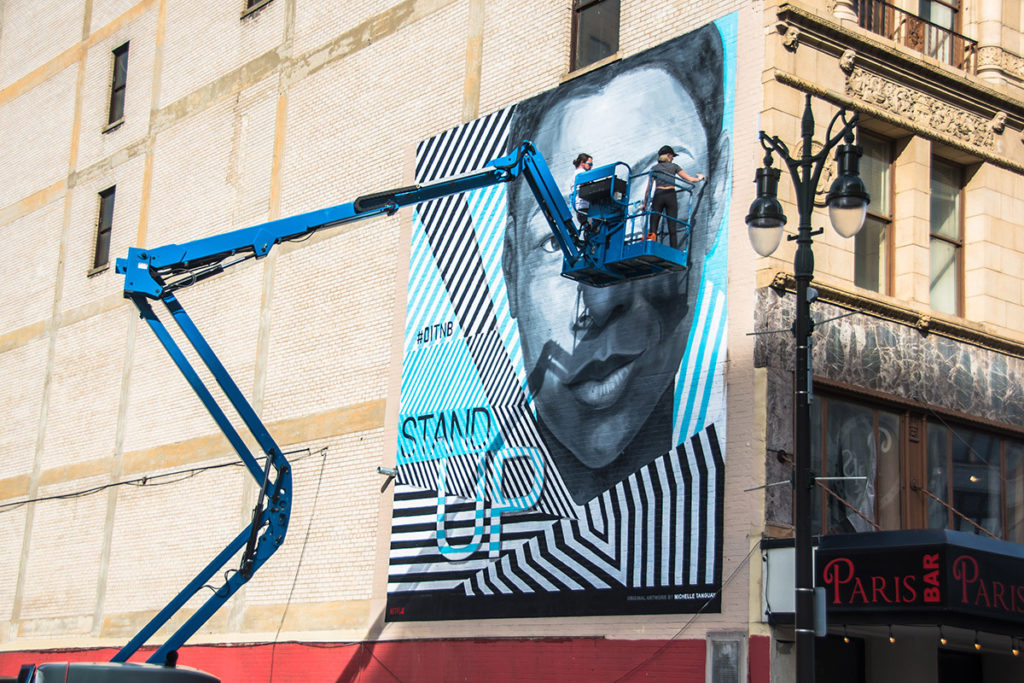 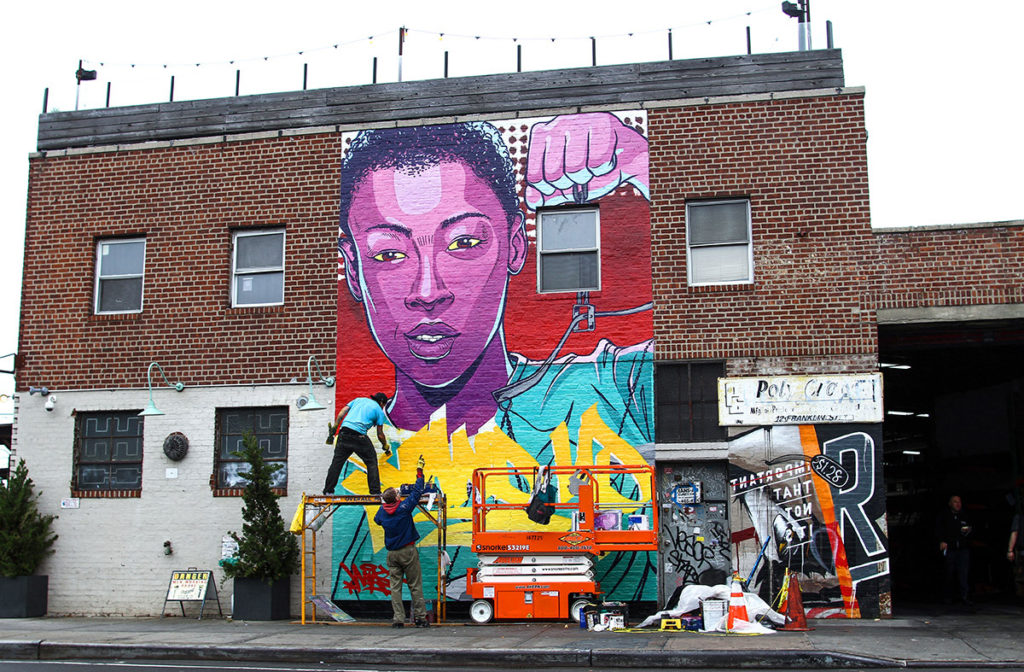 Our media partners in Los Angeles, helped execute a highly detailed graphic mural with all spray paint. This location was in DTLA right near the Staples Center and Convention Center where E3 was happening. The client was in China and releasing a brand new video game that they wanted to introduce to the US market. As a result, the premier location resulted in a lot of impressions and the client was very pleased with the end results! 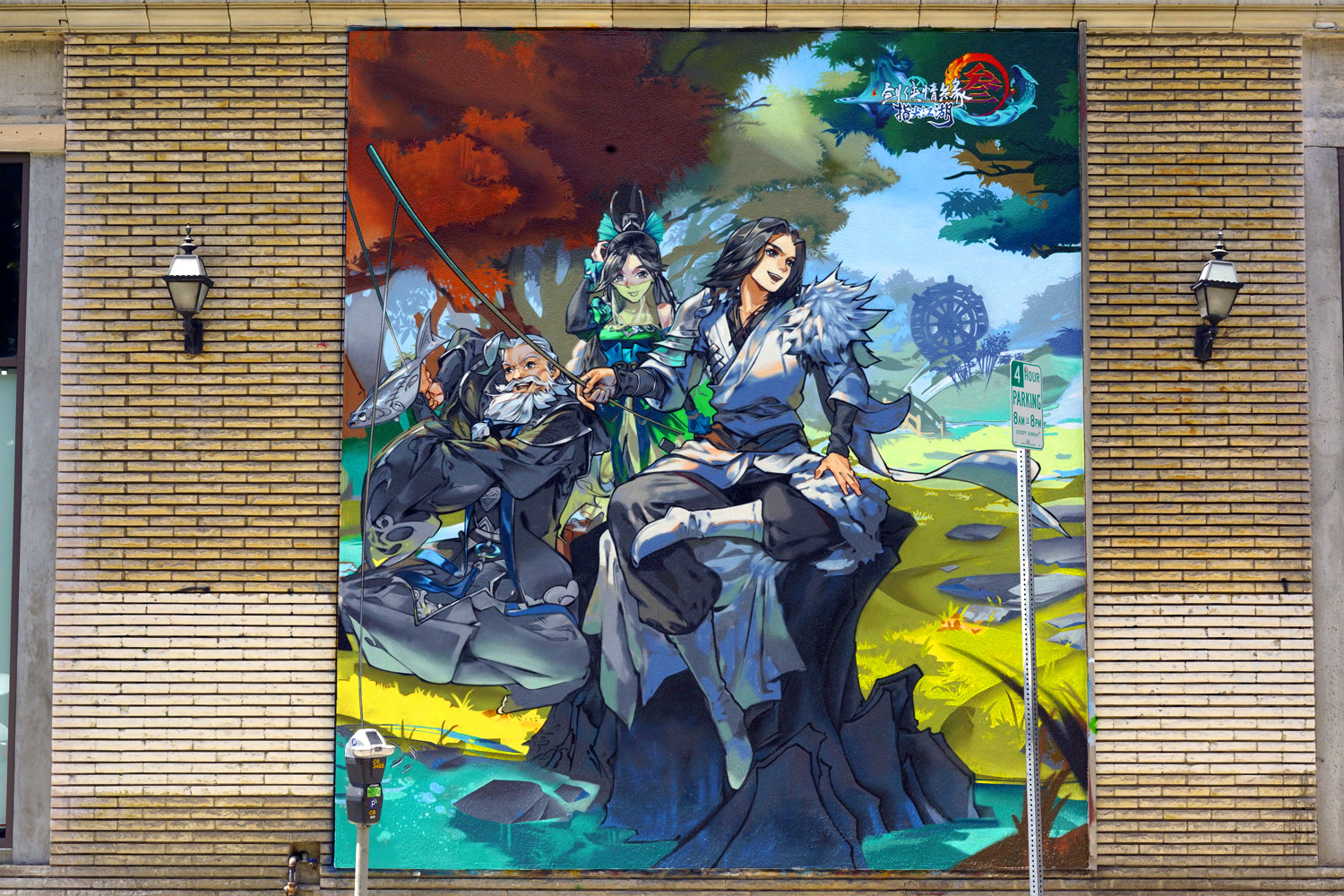 This was a fun NYC mural campaign where we created graffiti style murals on walls in Brooklyn and on a box truck that rolled around NYC. We were able to provide the client with plenty of photo opportunities of the truck in various iconic locations. It was fun to also capture the truck interacting with some of the wall spaces as well. 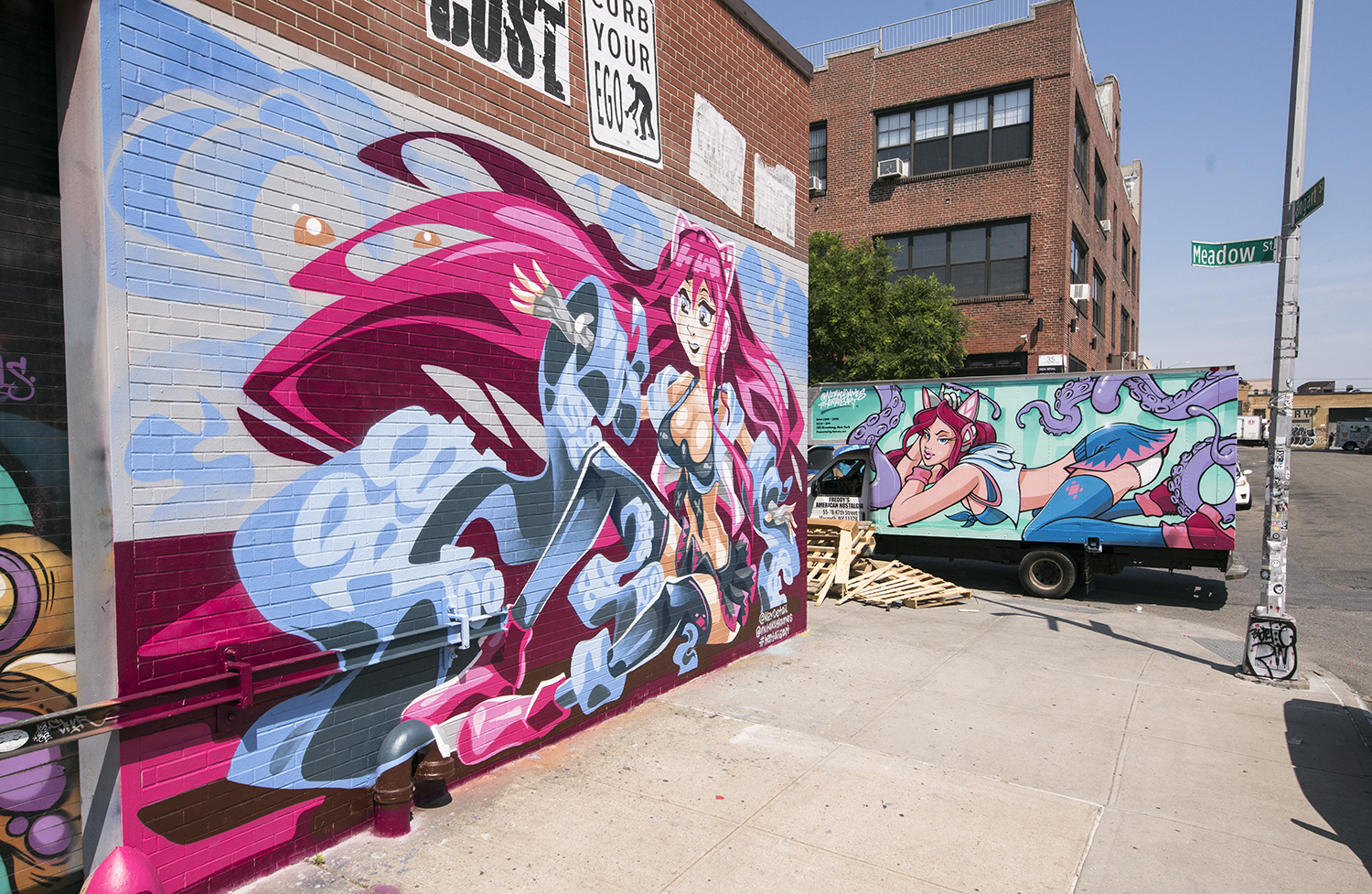 We partnered with our friends at Overall Murals to feature several Atlanta graffiti artists to express themselves. The theme of the mural campaign was “Dare To Be” and the artists got to do what they do best and be true to their art. In addition to the murals, there was a lot of content generated for social media and youtube videos. This project was in collaboration with the Superbowl being hosted in the city that year. 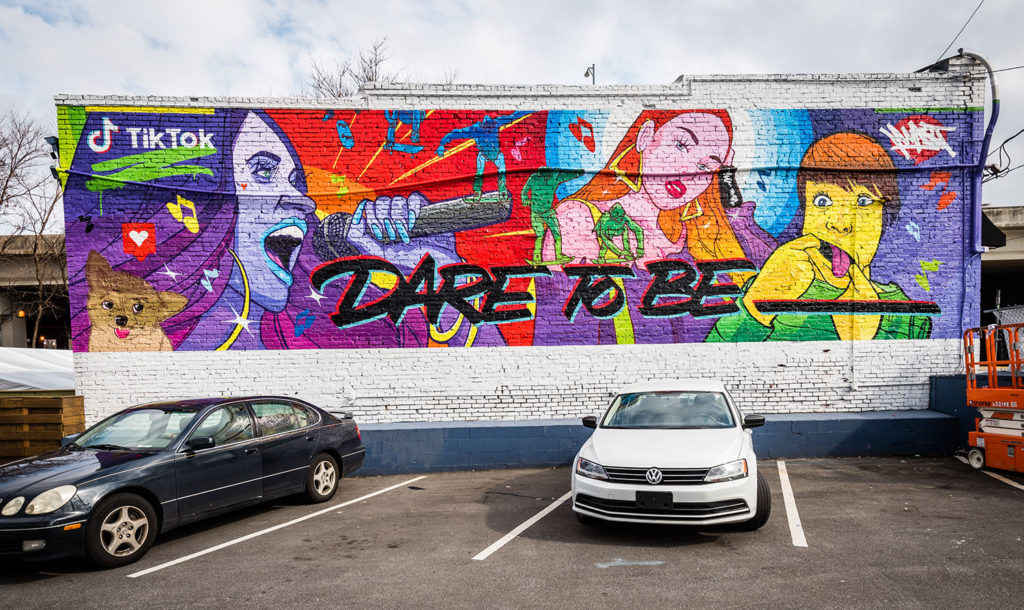 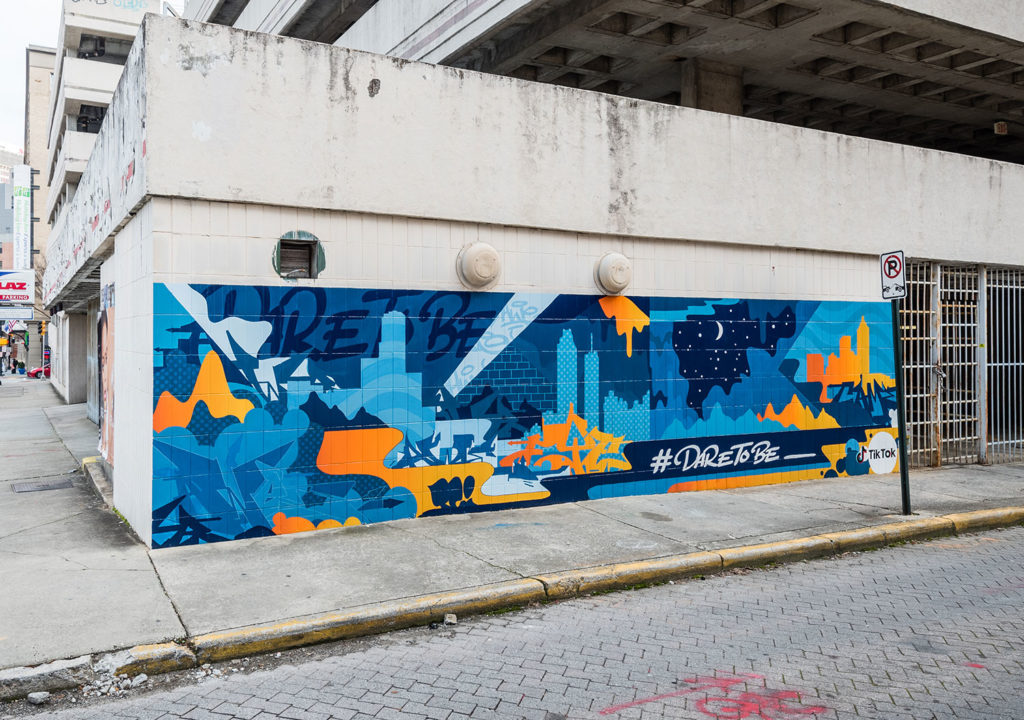 We worked on an international mural campaign to promote the A Tribe Called Quest album. All of our artists were given creative freedom to interpret the new album design in their unique style. Furthermore, these murals all popped up overnight throughout the world and fans were sent on a mural hunt to get photos in front of all of them. 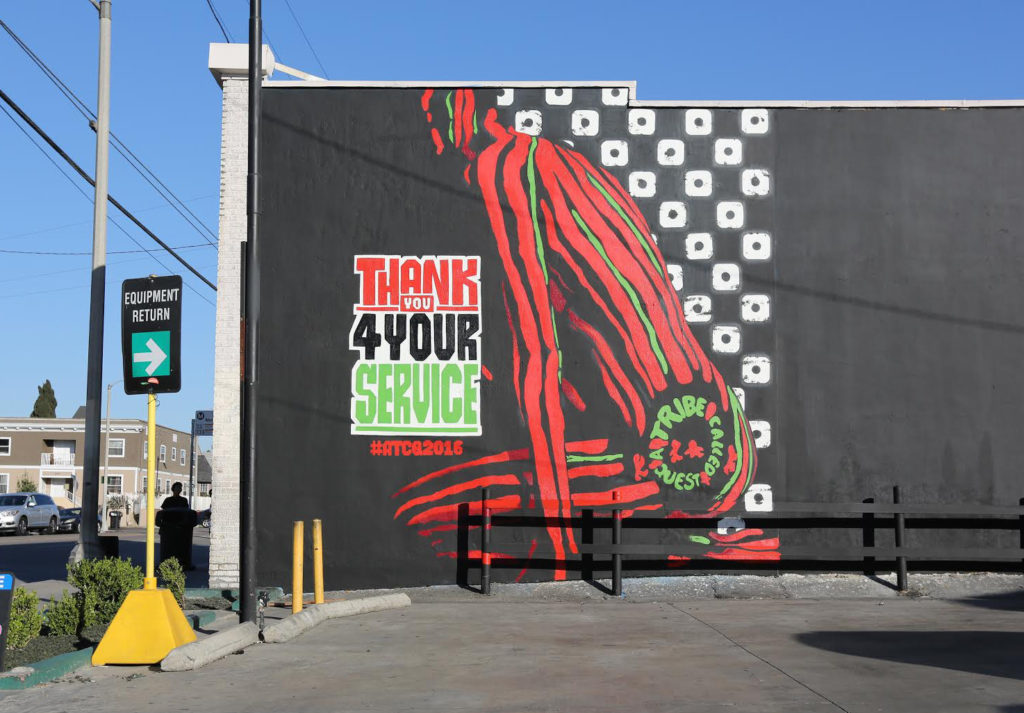 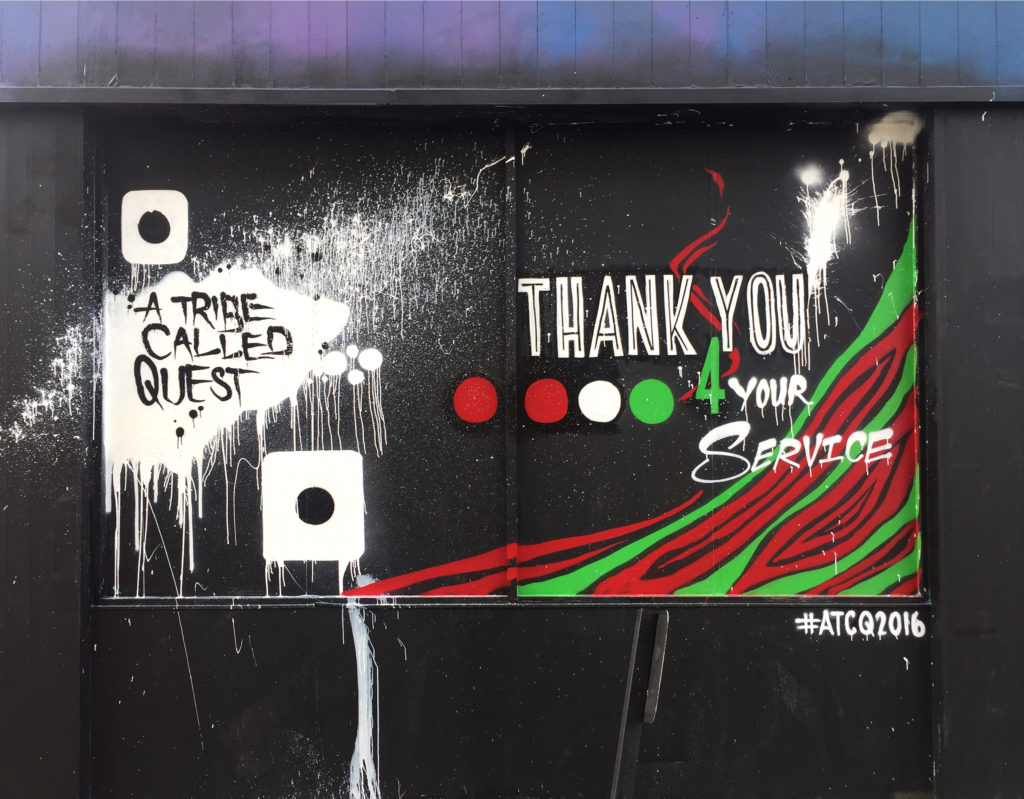 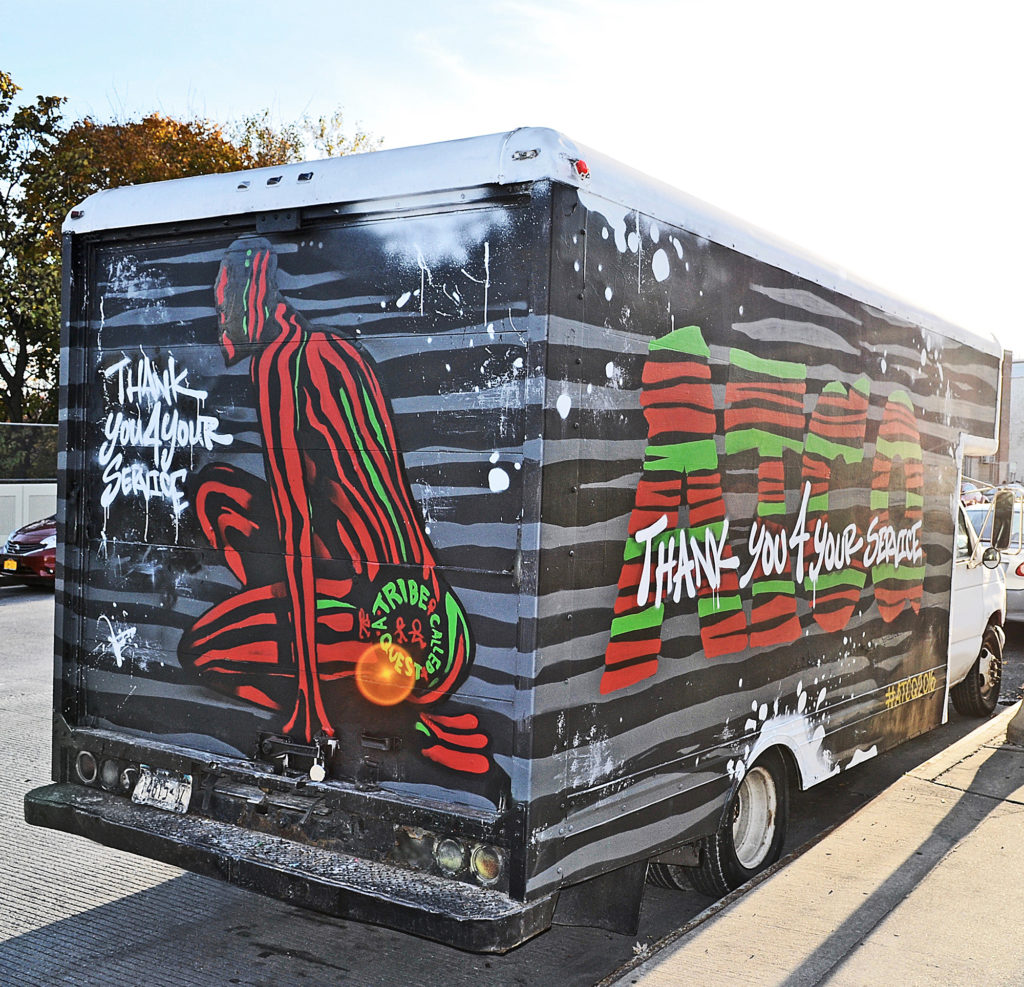 This project with Def Jam was another high profile mural project that was executed across multiple cities. For instance, the client direction was to paint the names of the songs on his album as a creative way to release his track listings.  As a result, this drew large crowds of fans to the murals.  For example, one of the Boston walls happened to be a pizza shop that immediately sold out of pizza the day the mural went up. It attracted so many fans to show up to the mural that it even attracted the attention of a local councilman. 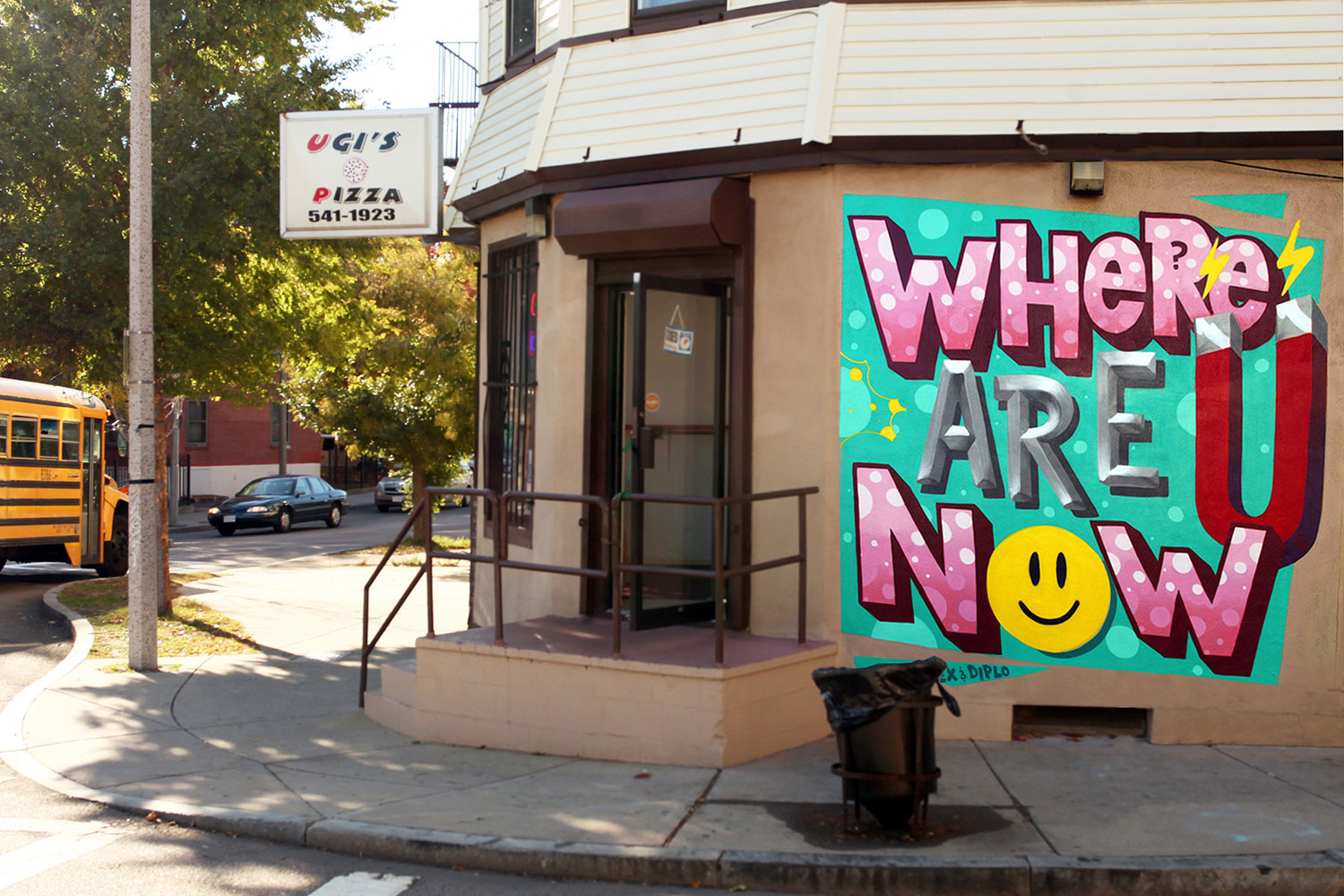 In conclusion, if you are ready to work together on an outdoor wall mural advertising campaign, email us at art@graffiti-artist.net or call 646-801-6024