Seattle Seahawks mural artist for hire.  We recently had the opportunity to work on an amazing custom mural project in Seattle for Seahawks owner Paul Allen’s investment company, Vulcan, Inc. Vulcan wanted a Seattle and Seahawks-themed mural to hang in their headquarters in downtown Seattle.  In addition, they wanted the artwork in time for the Seahawks season opener.

Our client wanted a pop art vintage postcard style featuring Seahawks and other Seattle imagery.  As a result, our artist did his own interpretation of the Seattle skyline.  We featured the Vulcan offices, EMP museum and the space needle.  In addition, we added in a 12th man flag, a sea plane, and other Seattle and Hawks-themed imagery. One of our favorite parts of the mural to paint was the transparent silhouette of the Seahawks logo.  It floated in the sunset sky in the background.

We painted the mural off site on an 18 x 7 foot cloth canvas.  Afterwards, we hung the canvas in the Vulcan offices on game day.  Futhermore, there was a huge party for around 300 Vulcan employees.  The theme of the party was “Homecoming” and had a pep rally theme with tons of food and even a marching band.

We were told that Hawks owner Paul Allen watched the game from a balcony near the mural! A big thank you everyone involved at Vulcan and congrats to Pete Carroll, Paul Allen and the Seahawks on their victory against the Packers! Check out some photos of the mural and the party below: 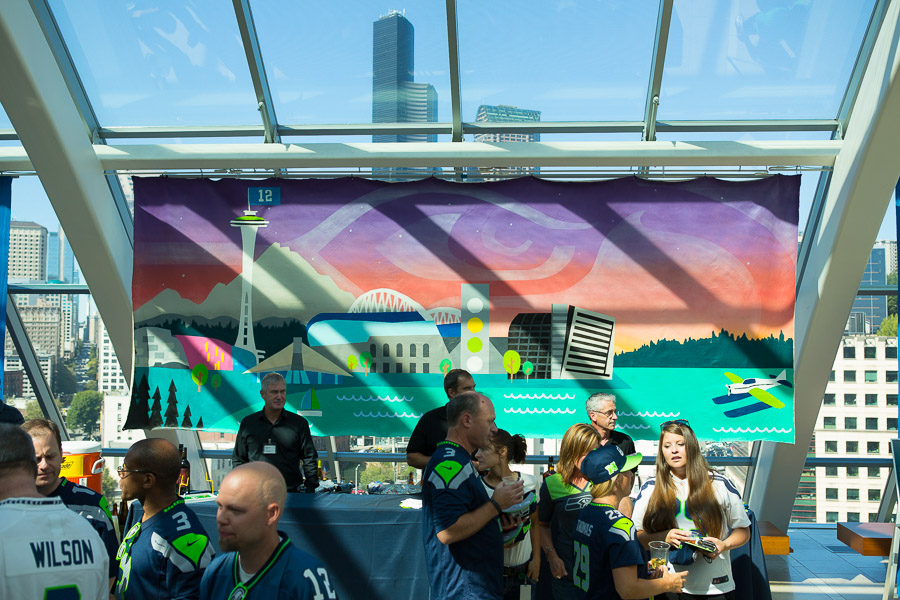 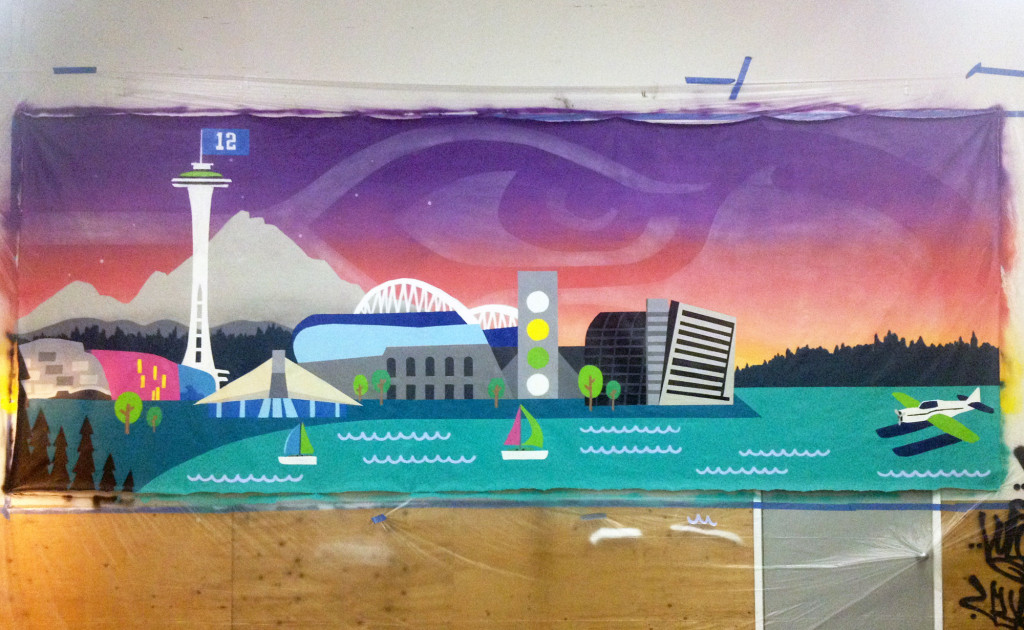 Check out some of the progres photos of the artwork painted in our studio off site.  In conclusion, this was a fun project for our Seattle Seahawks mural artist. 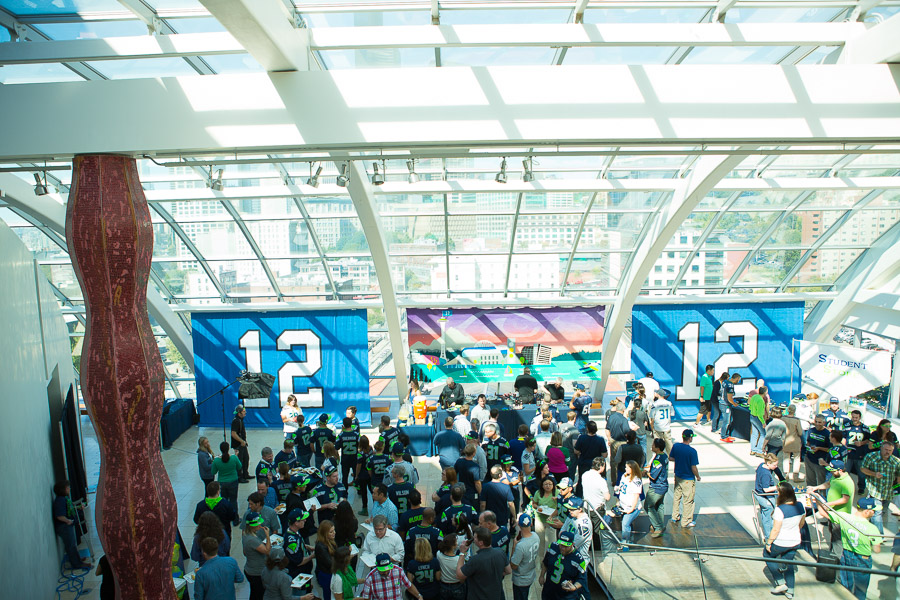 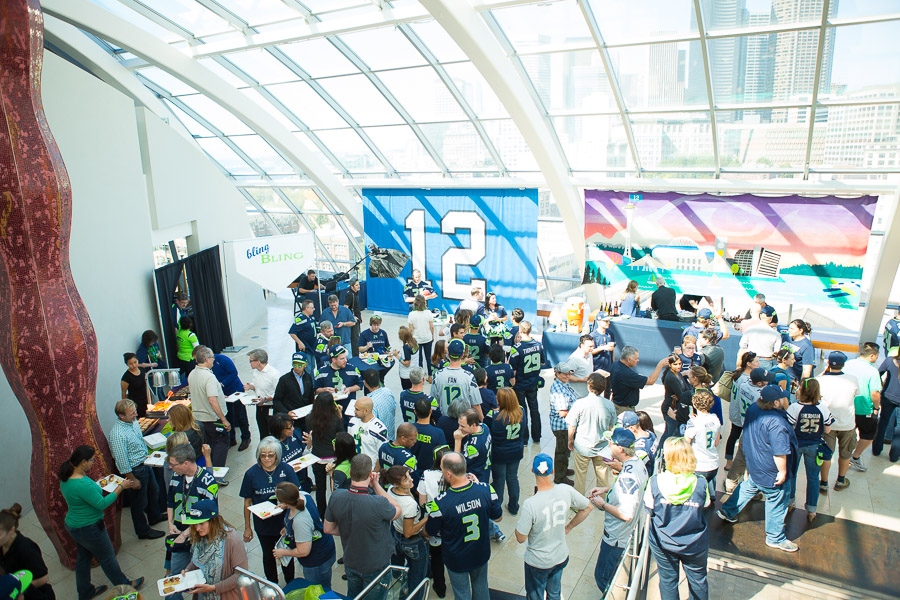 For Seattle Seahawks mural project inquiries, please contact us at art@graffiti-artist.net or call 646-801-6024