Trompo Tacos is an authentic Mexican restaurant, serving Mexican street style tacos in Dallas, TX. “After being named one of Bon Apetit’s Best New Restaurants in 2016, Trompo continues to surprise their fans with fresh and bold flavors that always leave guests wanting more.” Their team of designers invited our Dallas muralists to create and paint an interior mural in one of their new restaurants. As a result, we helped create some of the best Mexican restaurant graffiti art in the Dallas/Fort Worth area.

Mexican imagery in a flash tattoo style acted as the theme of the mural. The restaurant owners wanted a reference to their namesake within the mural, as a way to avoid cliche imagery. A trompo is the name of a Mexican toy top. By using a string, the trompo spins far longer than many other mass-produced tops. The shape of this toy resembles the vertical rotisserie that the meat cooks on, also called a trompo.

The mural’s inspiration comes from previous Mexican restaurant graffiti art that we painted in New Orleans. Firstly, we incorporated images of the trompo, sugar skulls, and pyramids onto the left and right-hand sides of the mural. Later, we added the iconic image of “Our Lady of Guadalupe” in the center. This image appears throughout Mexican culture.  Check out some photos of the completed mural below. 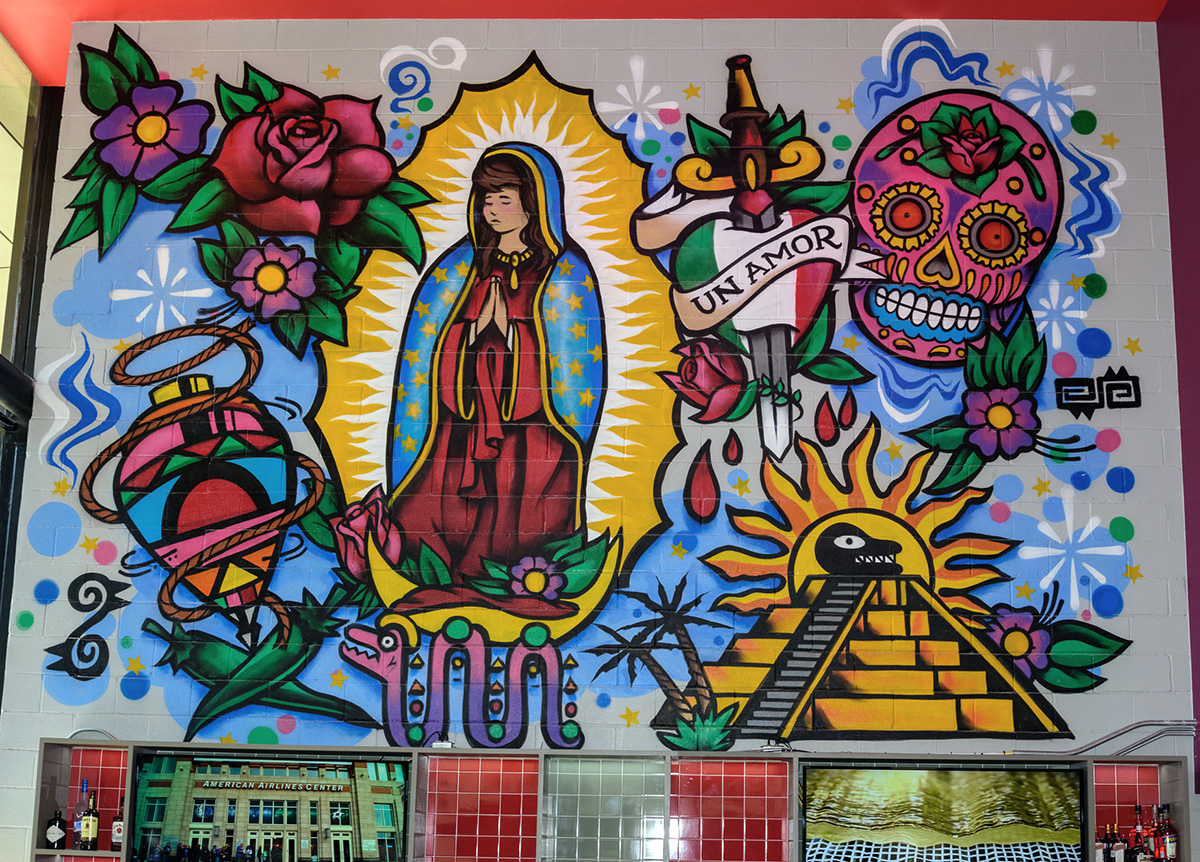 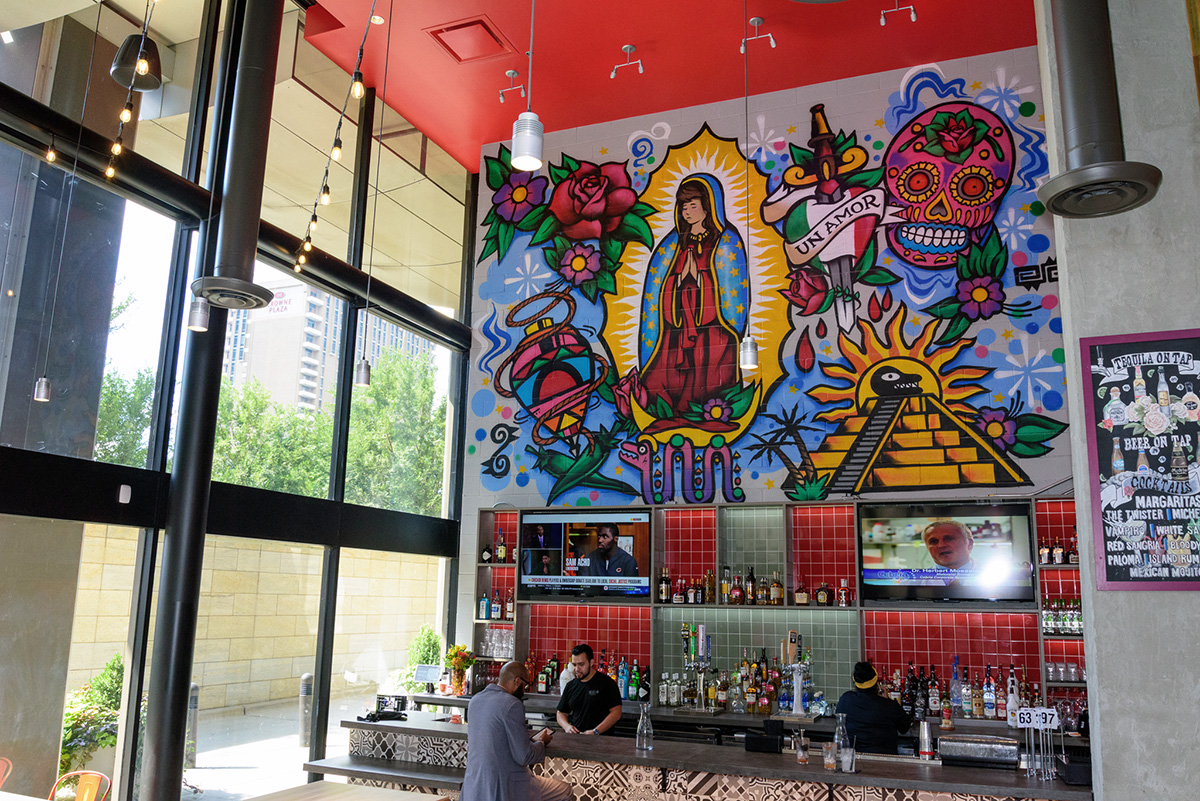 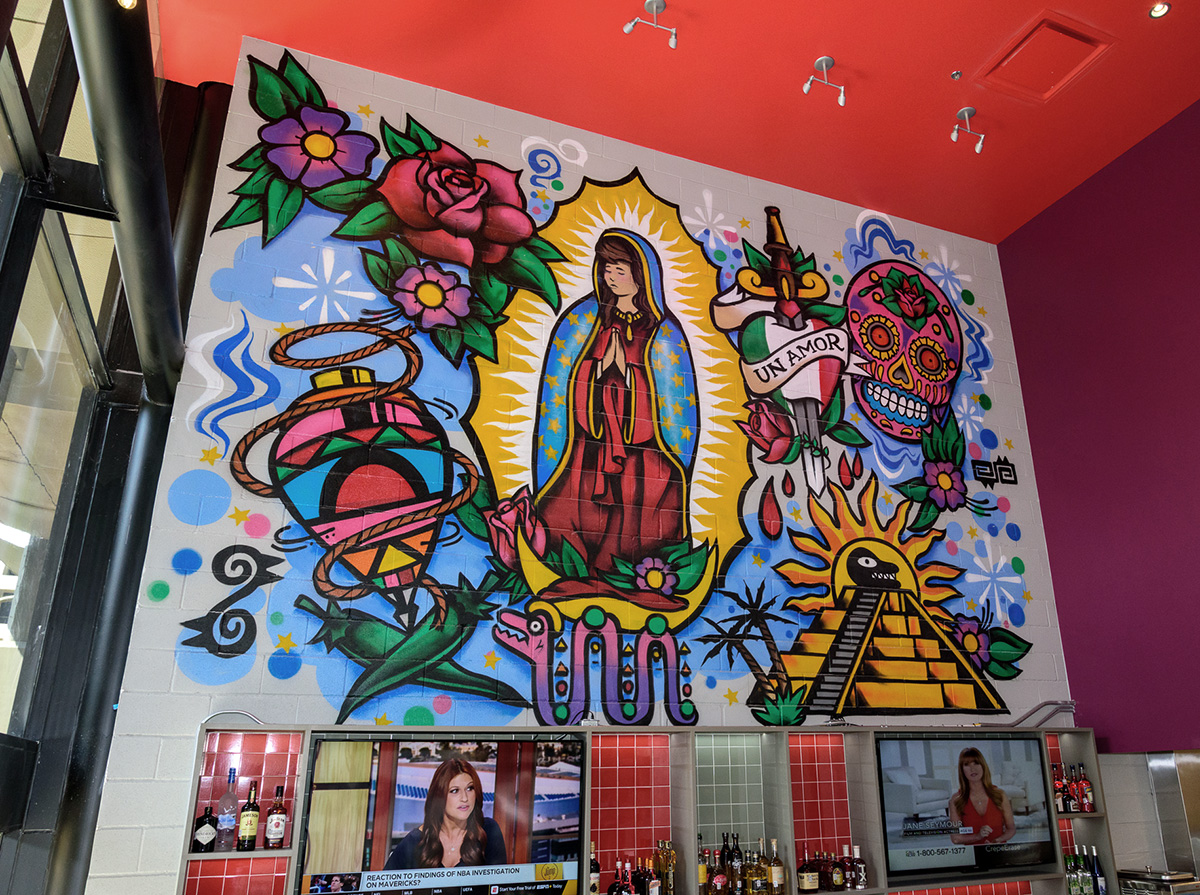