Boston mural artists have had a busy year this year! Graffiti USA has brought plenty of color, shapes, and rhythm to Beantown over the past few months. Therefore, we would like to show you a few examples of our most recent mural art.

Rhythm is an art concept most associated with the cubist movement, founded by Picasso. One of our Boston street artists took inspiration from the artstyle to create the first example. Even though there is no clear distinction between the text and the rest of the mural, the word “Boston” can clearly be seen. Because of this, we are proud to say this is one of our most favorite murals this year!

Xebia Labs recently contacted us with a request to work on a sports-related mural for their office. The end result contains other bits and pieces of Boston culture, including cityscapes and a reference to the greatest Bostonian TV show of the 80s.

The Egleston Square Station was part of the MBTA during the 20th century. It closed in 1987, but that didn’t stop Boston mural artists from paying homage to its legacy! Because the station was a part of the Orange Line, the subway cars are painted in the same color. Additionally, the musical notation pays homage to the classic Bostonian folk song, “Charlie on the MBTA”.

Boston mural artists love their city as much as any other street artist in any other city. If you’re in the Boston area and you want a mural for your place of business, contact Graffiti USA today! 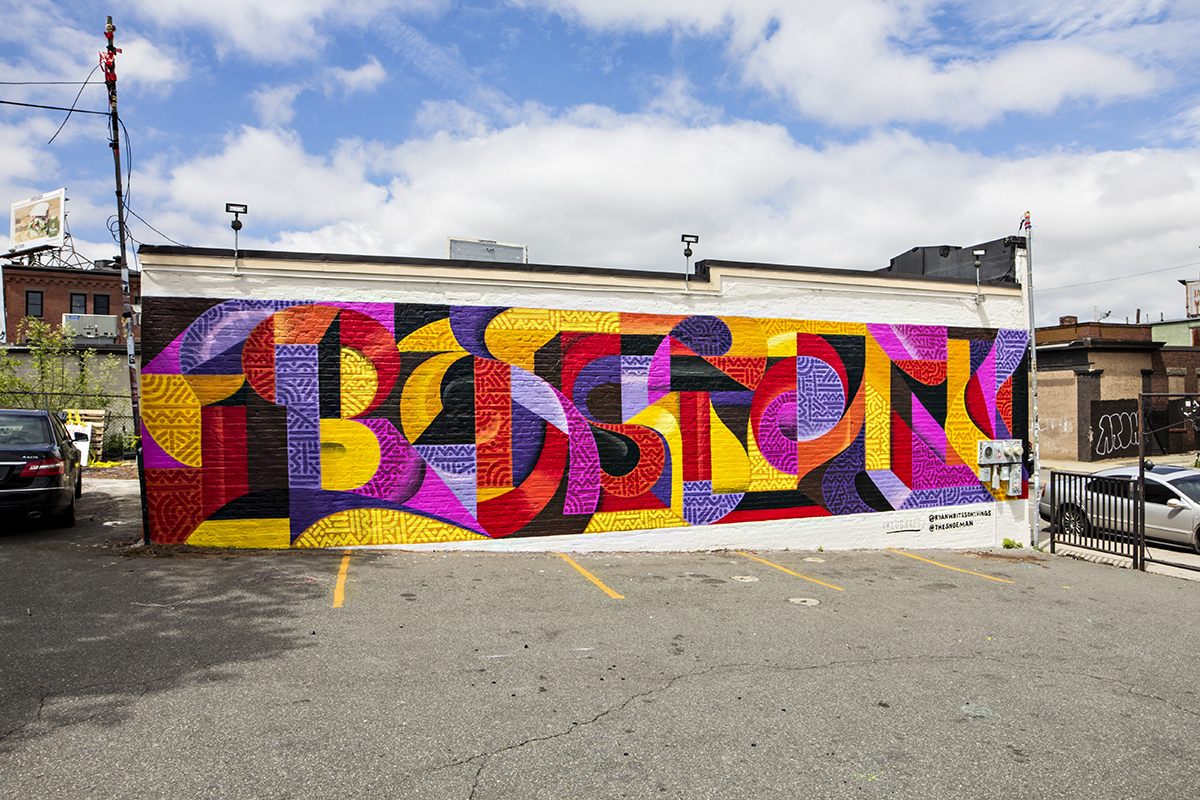 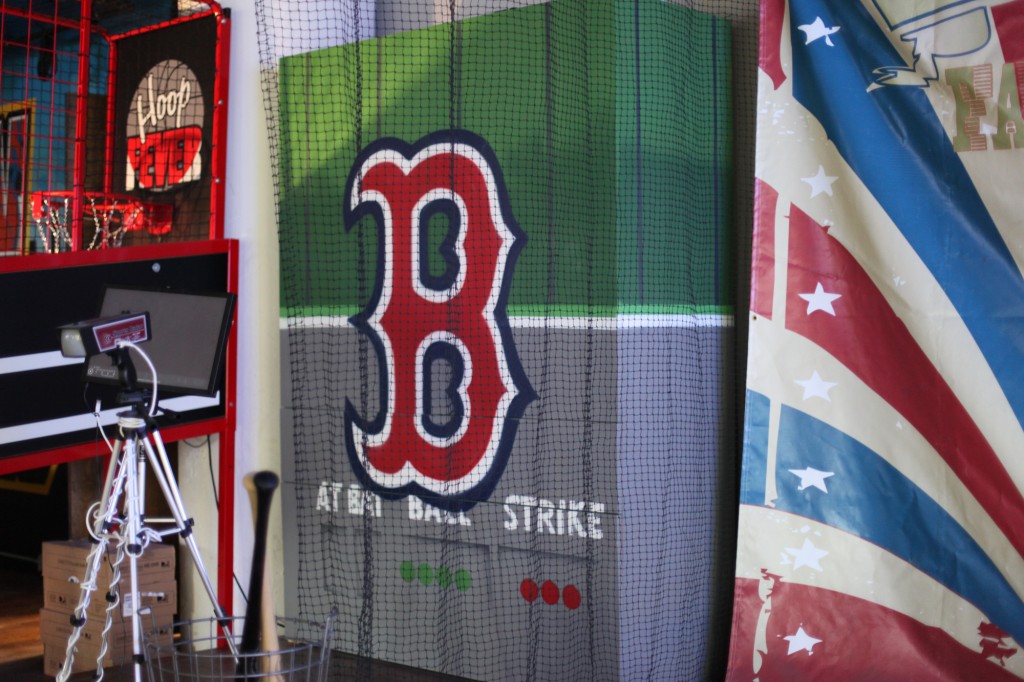 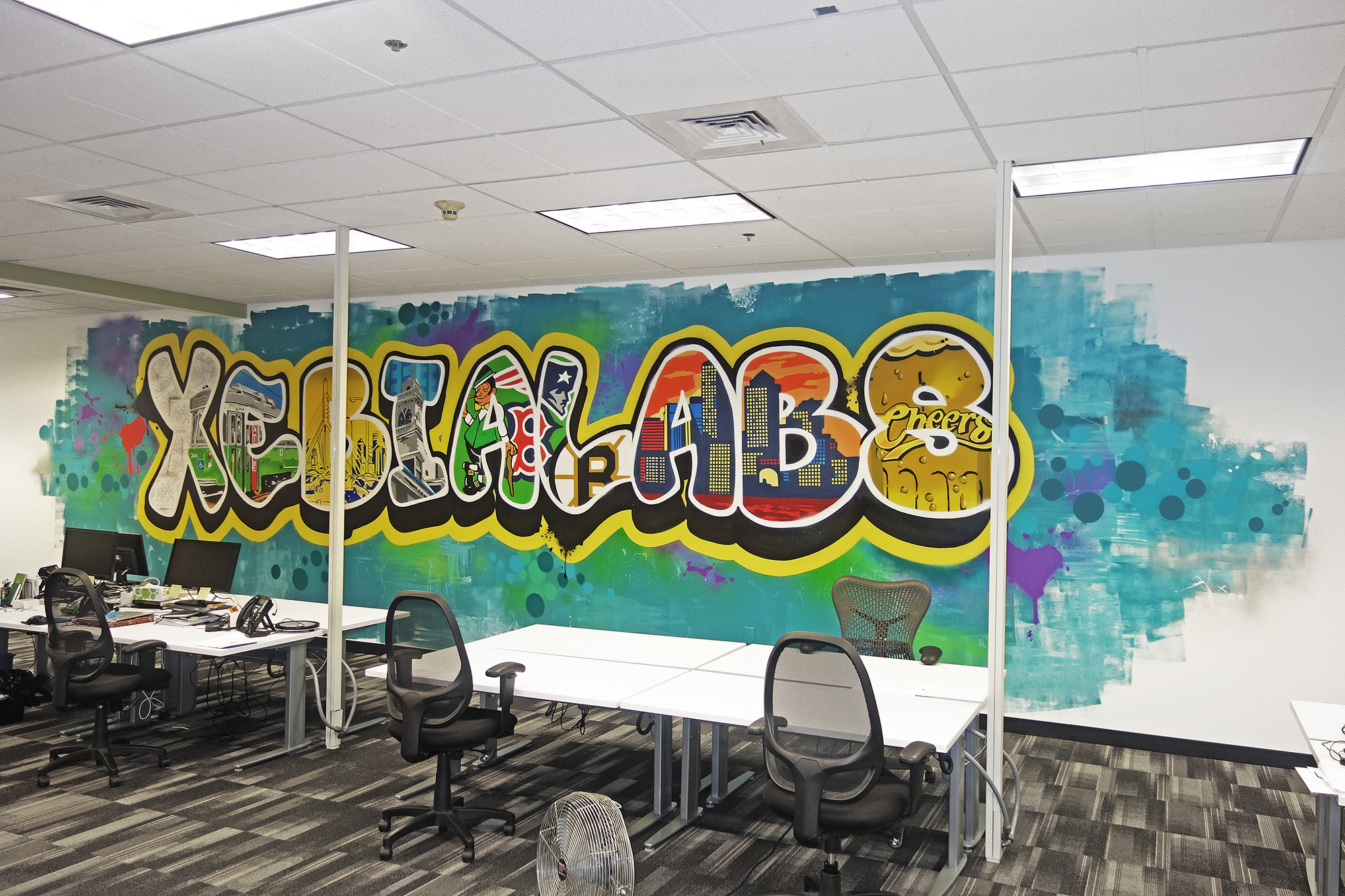 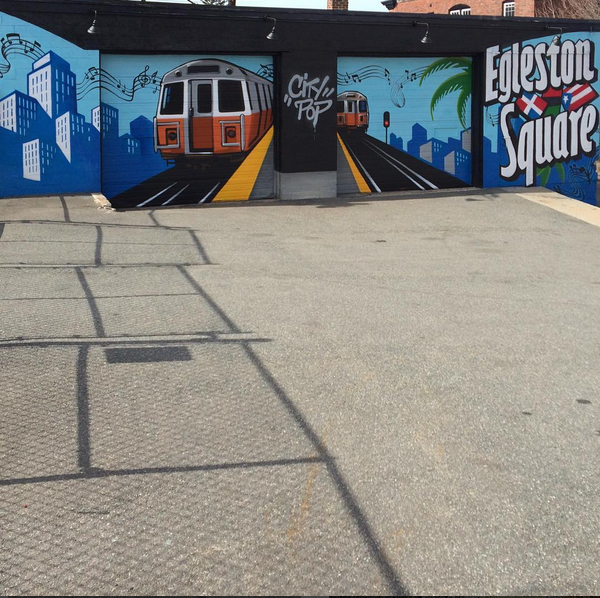