IMG Live worked with us once already. However, they requested our help for this year as well. Another LA E3 graffiti mural was on our plate to complete – and we relished the opportunity.

Graffiti USA was a part of a collaboration between T-Mobile and Overwatch for the E3 Gaming Conference at the LA Convention Center. A large booth and activations were already planned. This also included a live broadcast with broadcaster talent and Overwatch League teams. Furthermore, there was a visit to the T-Mobile Showroom, as well as livestreaming for those unable to attend.

Finally, of course, our artist was out performing live artwork right on the showroom floor. Street art entertainment doesn’t become an event much more like this one did. Keep reading, and we’ll tell you how it went!

Above all, we wanted to align with the rest of the booth and create an impactful mural. Therefore, we created a double-sided 8x12ft high mural, wrapped in canvas. That way, the client could transport the artwork for future events. The goal was to get conference attendees to tweet and vote for the Overwatch League winner. As such, the mural included a lot of different elements.

One side of the artwork was dedicated to T-Mobile’s call-to-action. This helped direct fans on protocol to enter their votes and build on excitement to the game and final winner. On the opposite side of the mural, our E3 street artist focused on the Overwatch League players. Much time was spent replicating their exact jerseys and logos, further showcasing the competition for the Overwatch Trophy. We offered high detail artwork for this event with a very intricate take on the arena, players, and audience members shouting for their teams and wearing Overwatch gear.

Our artist prepped the canvas in advance. The following three days at the convention was an interactive live art event, adding final touches and detail to the artwork. We also spent plenty of time talking to guests visiting the booth. By event’s end, the artwork had strong representation of both brands in the collaboration, resonated strongly with fans, and helped drive additional attention to the T-Mobile & Overwatch booth at the E3 Expo 2018.

Do you want us to be a part of your next large event? Do you need some art entertainment ideas performed live? Graffiti USA has got you covered! Take a look at some photos of the LA E3 graffiti mural we did before you take down our contact info at the bottom of the page. 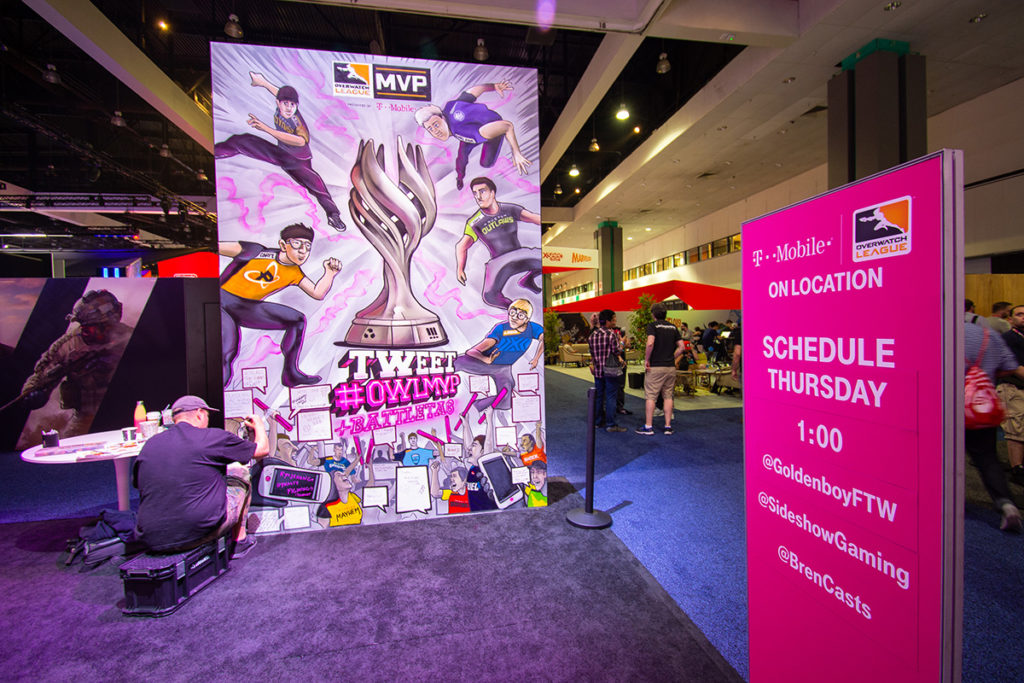 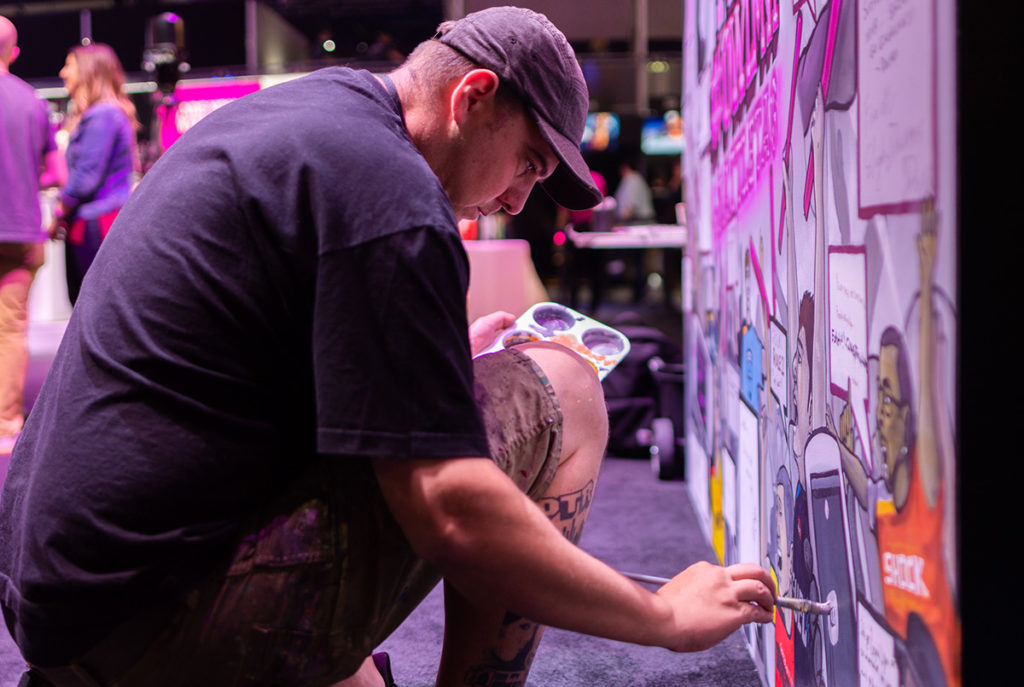 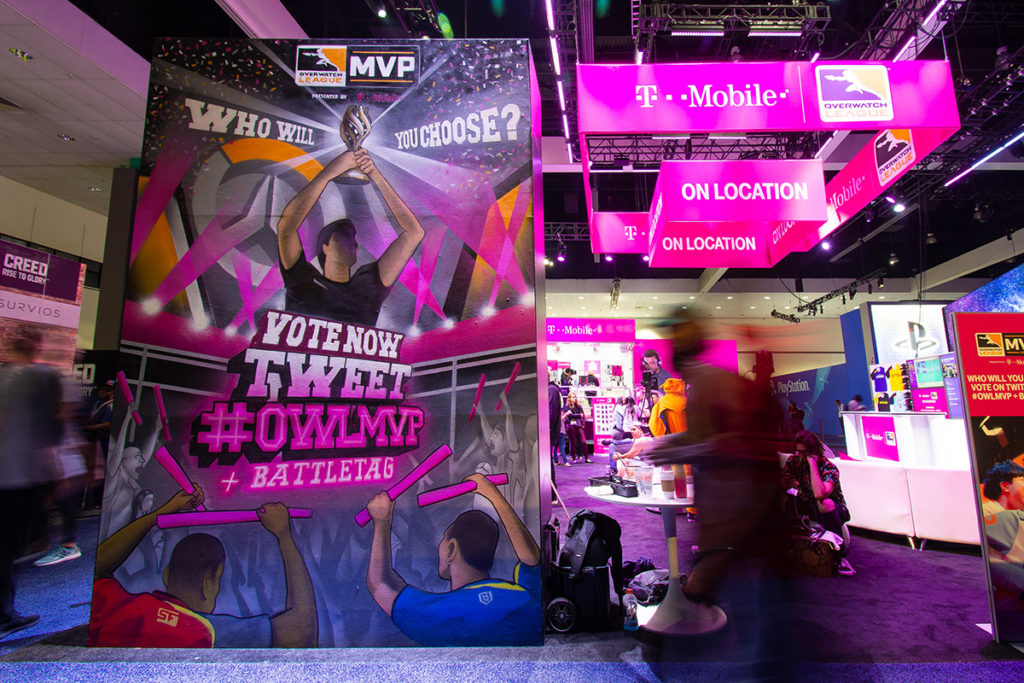 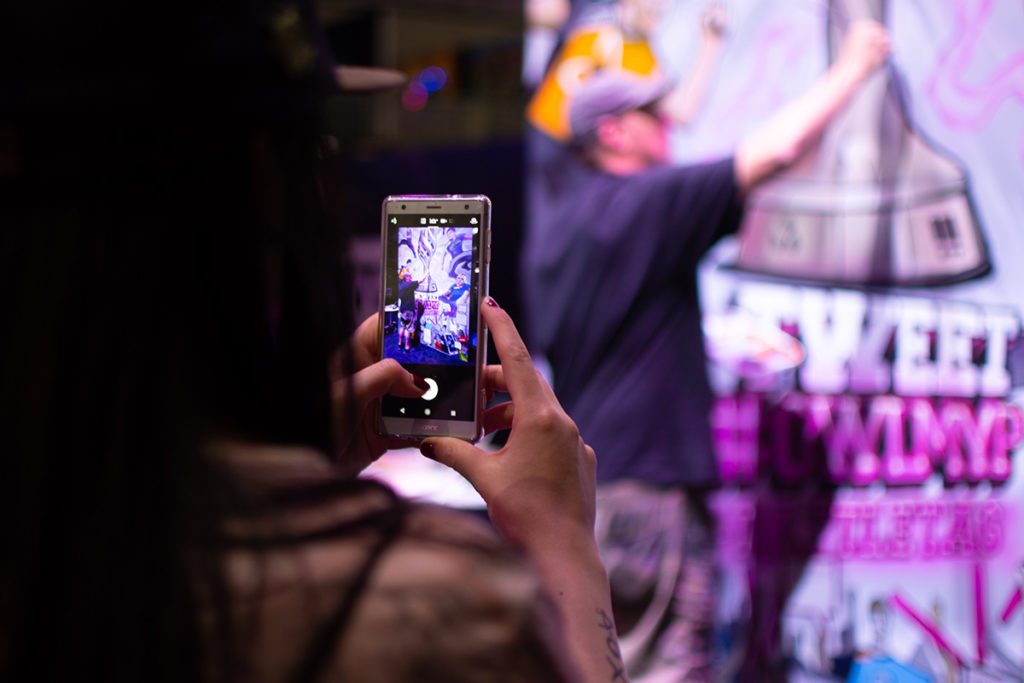 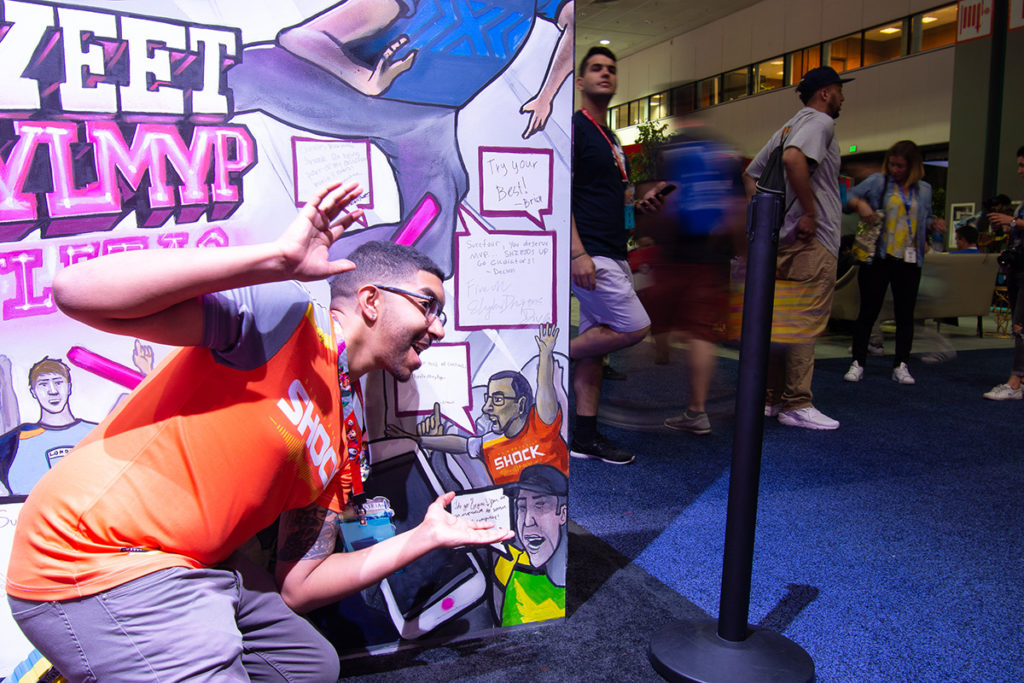 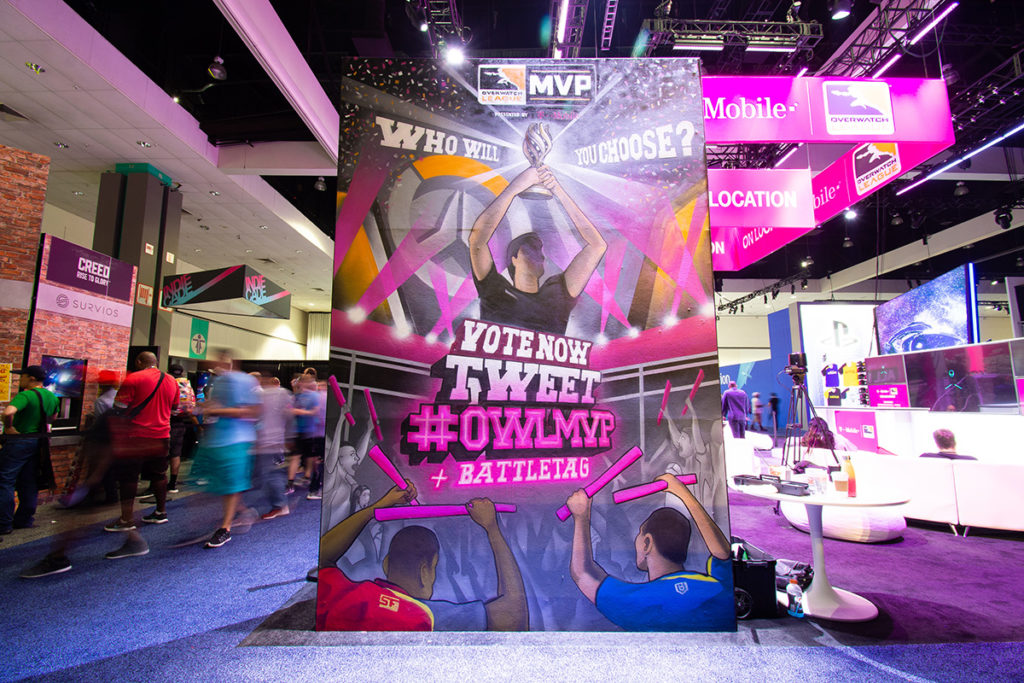