Flag mural painted at O’Hare International Airport in Chicago.  We worked with an Aviation/Technician team at Chicago’s home airport to paint a giant mural on their hanger.  The client wanted us to paint an American flag as well as a Chicago flag that could be viewed from the runway at O’Hare Airport.  In addition, we also painted their logo on front of their hanger. This was such a high profile mural location that we couldn’t turn down the opportunity! 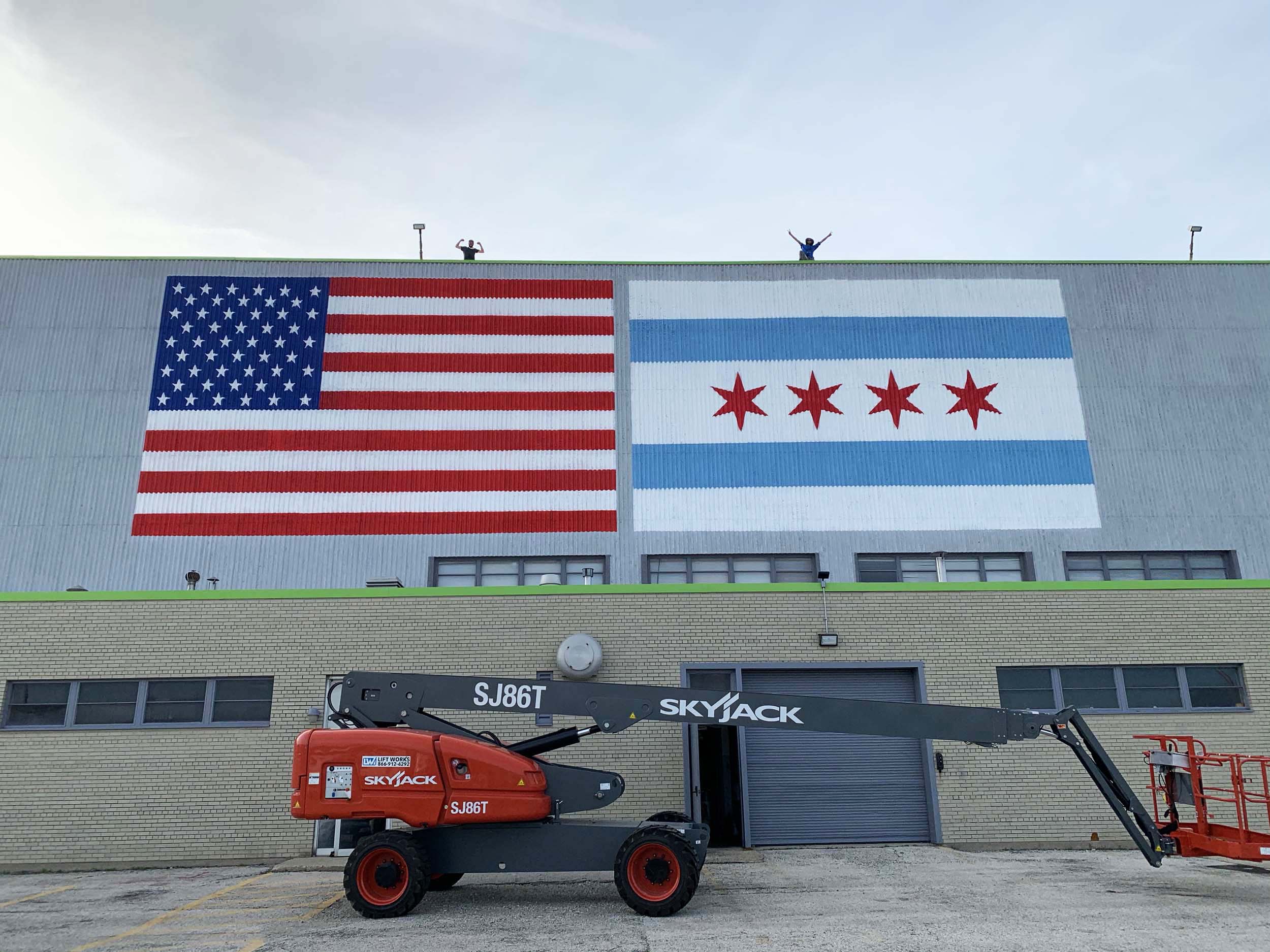 We work on a lot of indoor office murals, but we were glad to get some fresh air on this project.  In addition, we created the flag mural just in time for the July 4th holiday.  Furthermore, Chicago locals loves their city flag so it’s always a pleasure to pay tribute.

We used paint sprayers and spray paint for this mural due to the deep grooves on the surface.  If we used traditional brush and rollers, this project would have taken almost twice the time, and we wouldn’t have had as good coverage.  The client received some bids using these outdated methods.  As a result, it’s always a good idea to project manage correctly from the beginning.  Luckily, Graffiti Arts was here to do the job right! 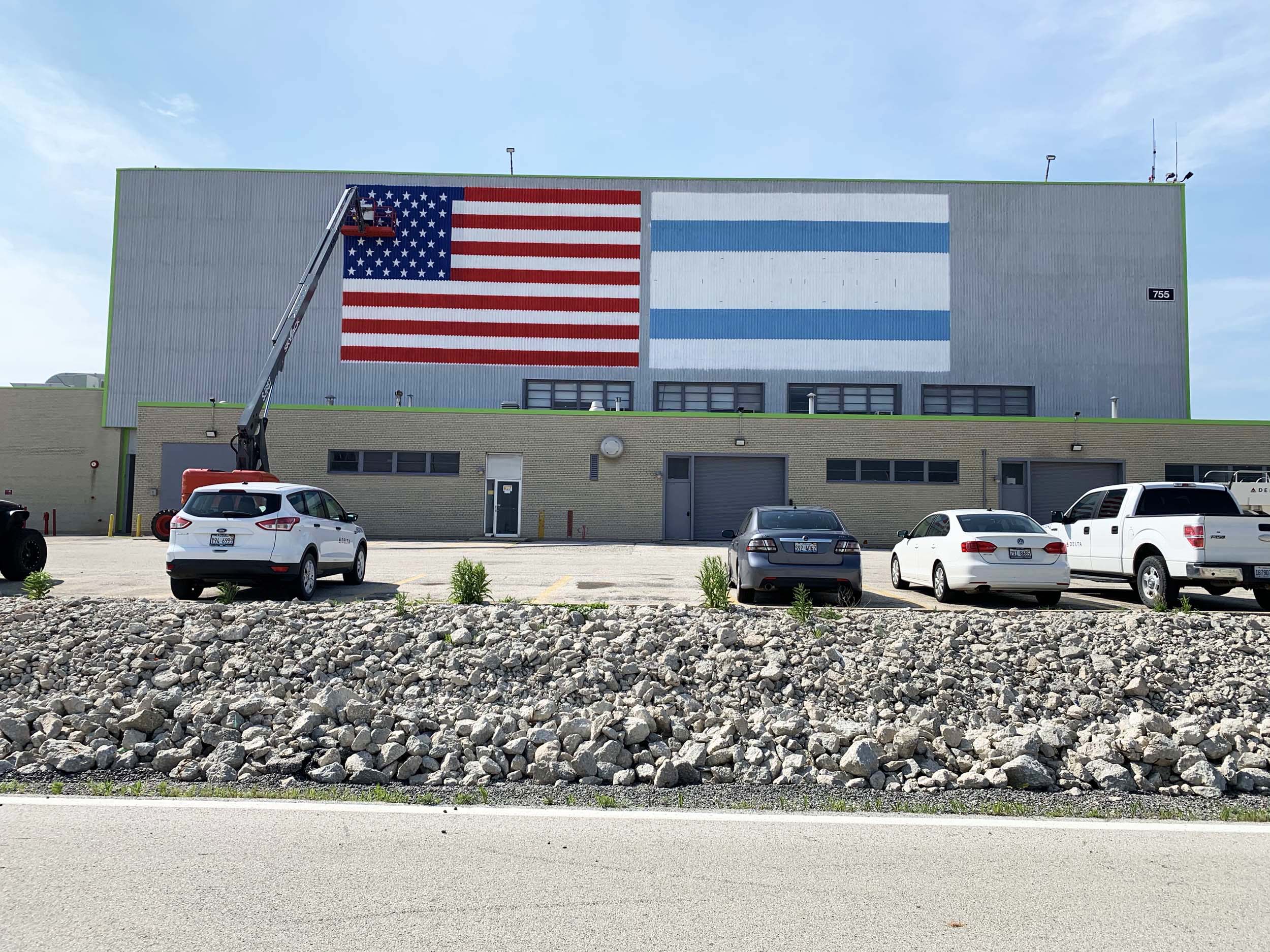 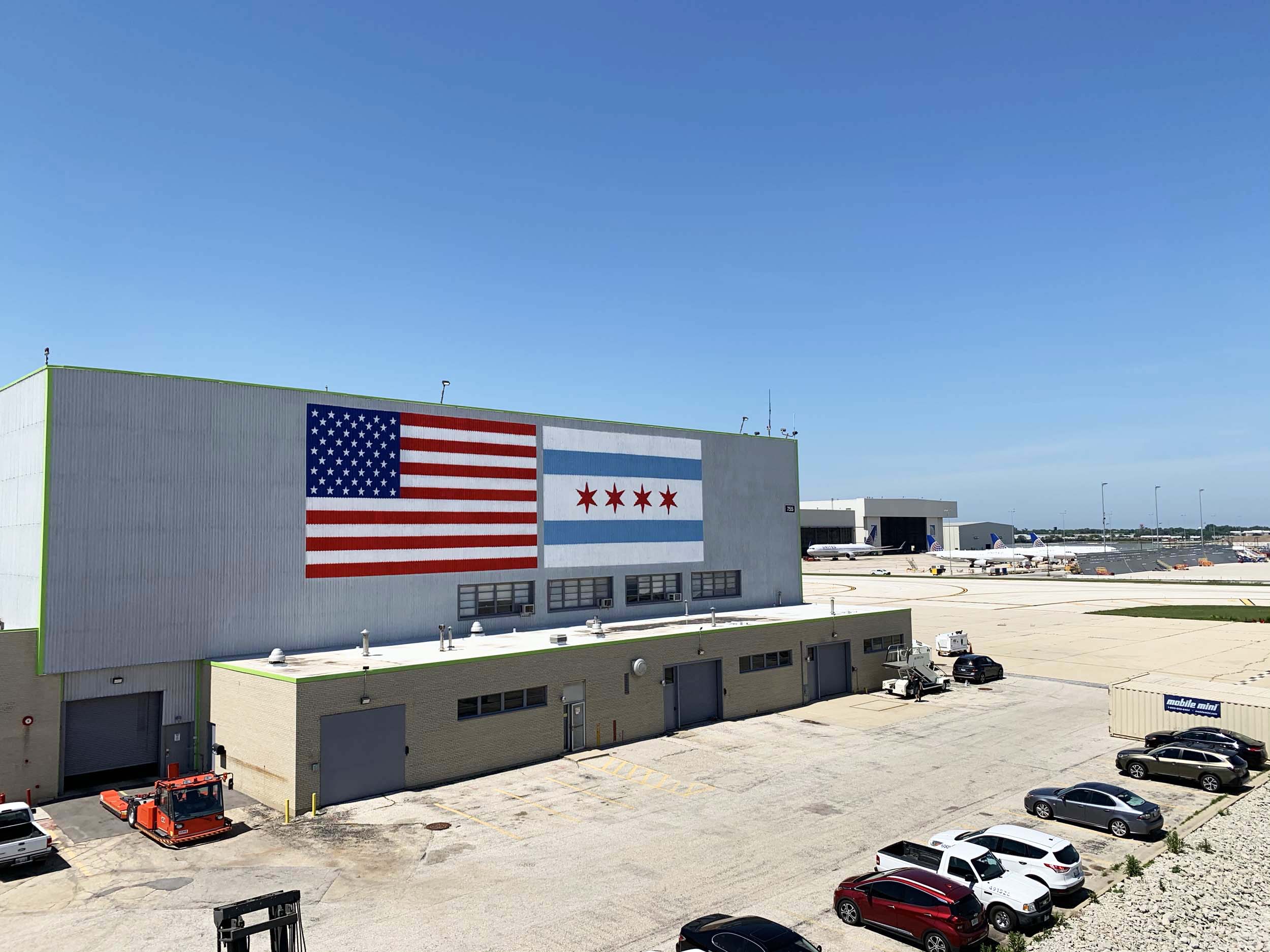 Flag Mural – Before & After Photographs

Here’s what the wall looked like prior to the flag murals being painted on the side of the hanger: 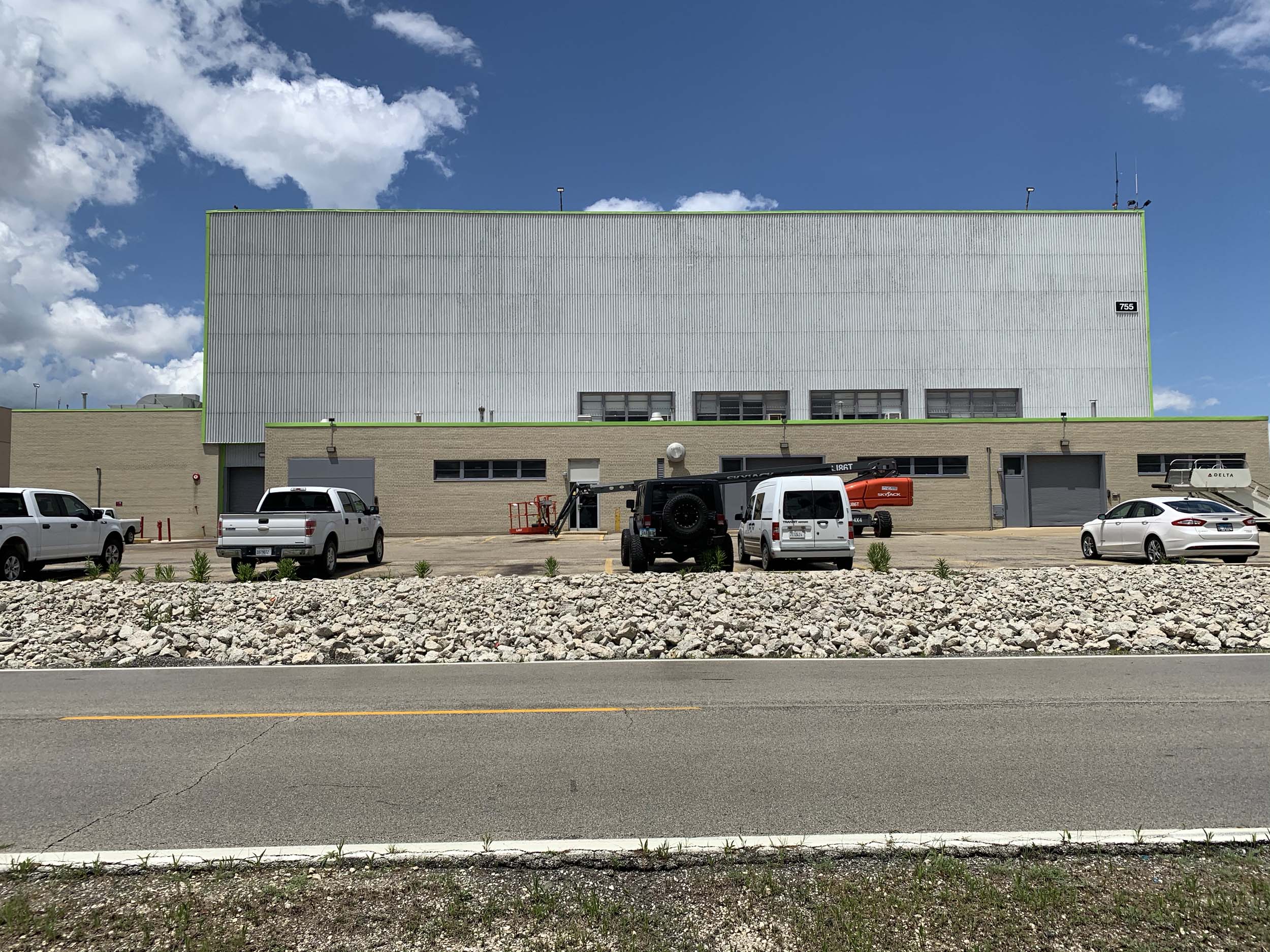 A shot of the hanger after the completion of the flag murals!

In addition, we also painted the company logo on the front of the hanger for the client.  We replicated the design provided to our team.  On site, the client decided that they wanted us to add a red outline around the logo for more contrast.  Due to the deep rivets on the surface, we had to use spray paint to make this artwork possible.  This way, we could implement some smooth gradients and have clean lines. 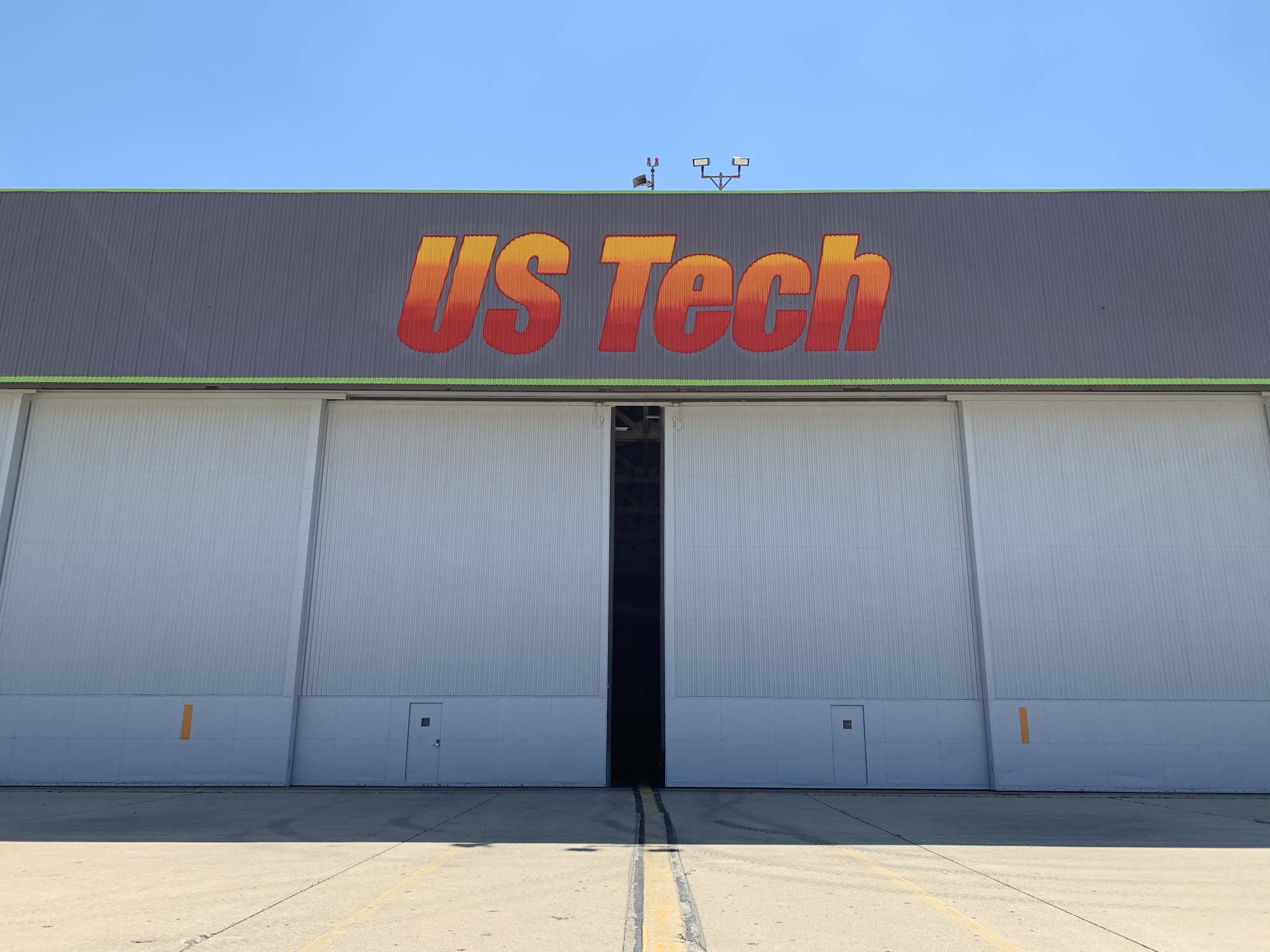 For flag mural project inquiries, contact us at art@graffiti-artist.net or call 646-801-6024