It’s hard to think of tennis event custom graphics without thinking about speed. Also, it’s difficult to even imagine tennis without that beautiful spring green color of the tennis ball. When a client contacted Graffiti USA about the Taste of Tennis event in New York, we had that same issue. However, this event is much more than just a opening ceremony to the Grand Slam!

Citi Taste of Tennis – New York is a delicious way to kick off the season. Attendees indulge in gourmet cuisine, made by the city’s top chefs! What’s more, guest can imbibe in signature cocktails while rubbing elbows with their favorite tennis players! Taste of Tennis kicks off major tennis tournaments throughout North America, most notably the US Open.

We worked with Vizie and the client to create tennis event custom graphics at the W New York. The graffiti inspired artwork was used in several applications to create a modern/edgy environment for the event. Immediately, we knew that we had to think outside the box before we got our heads in the game. 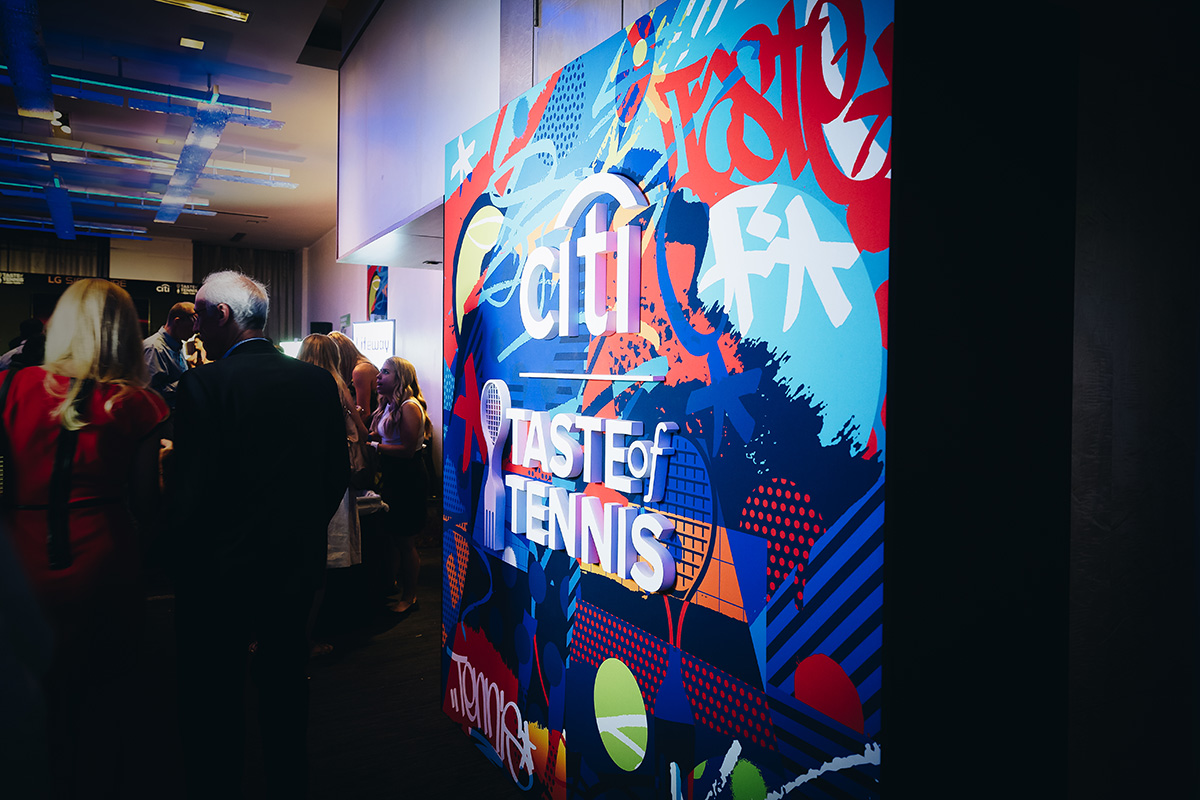 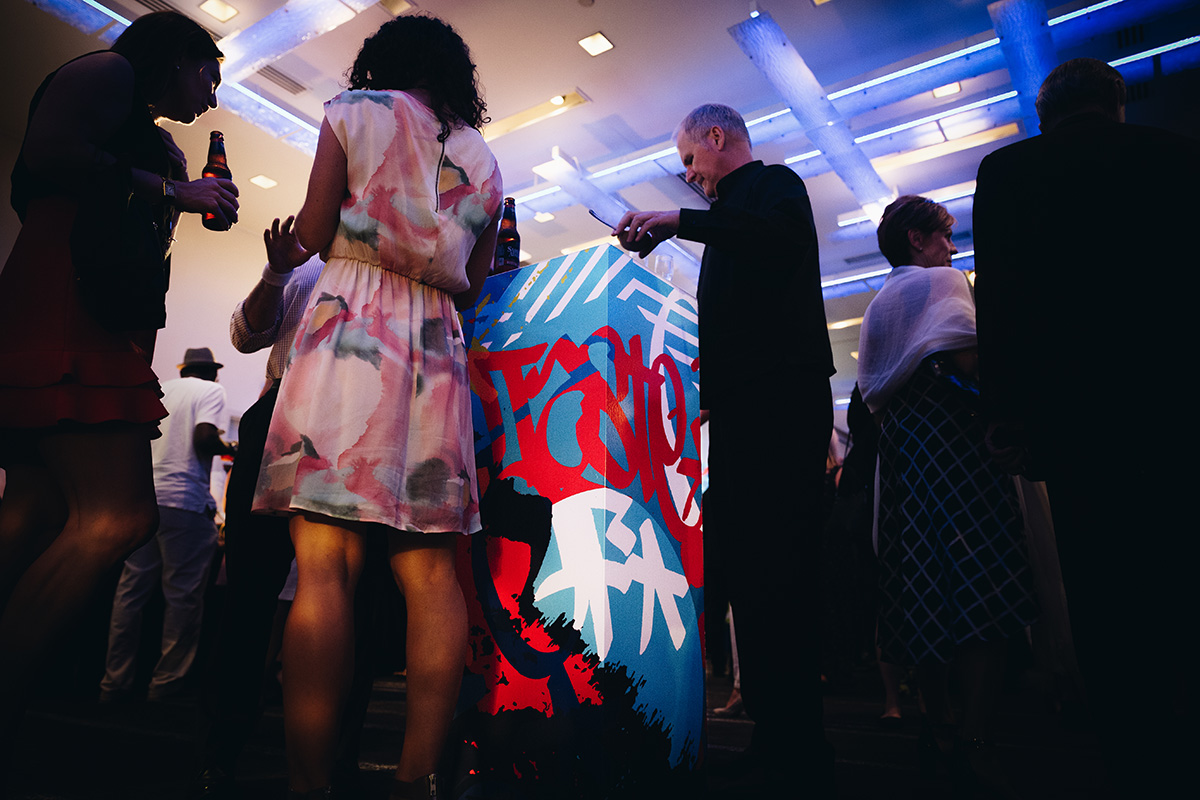 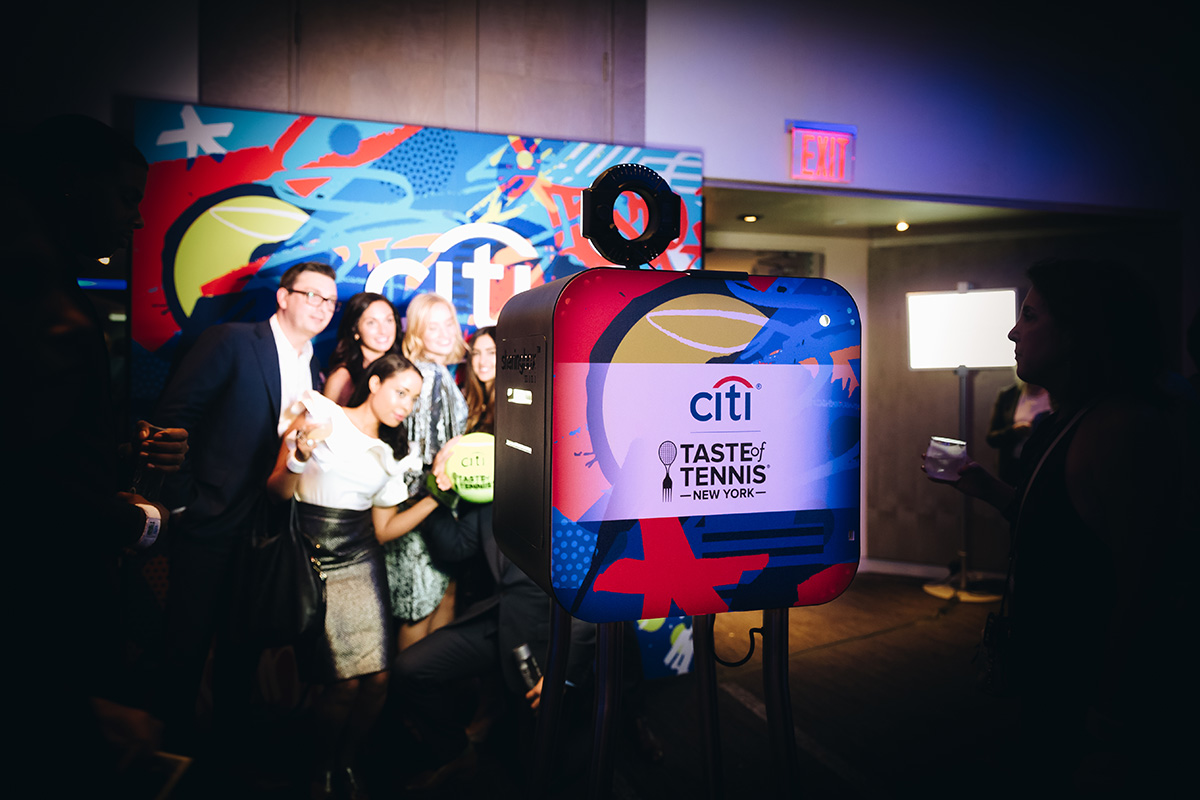 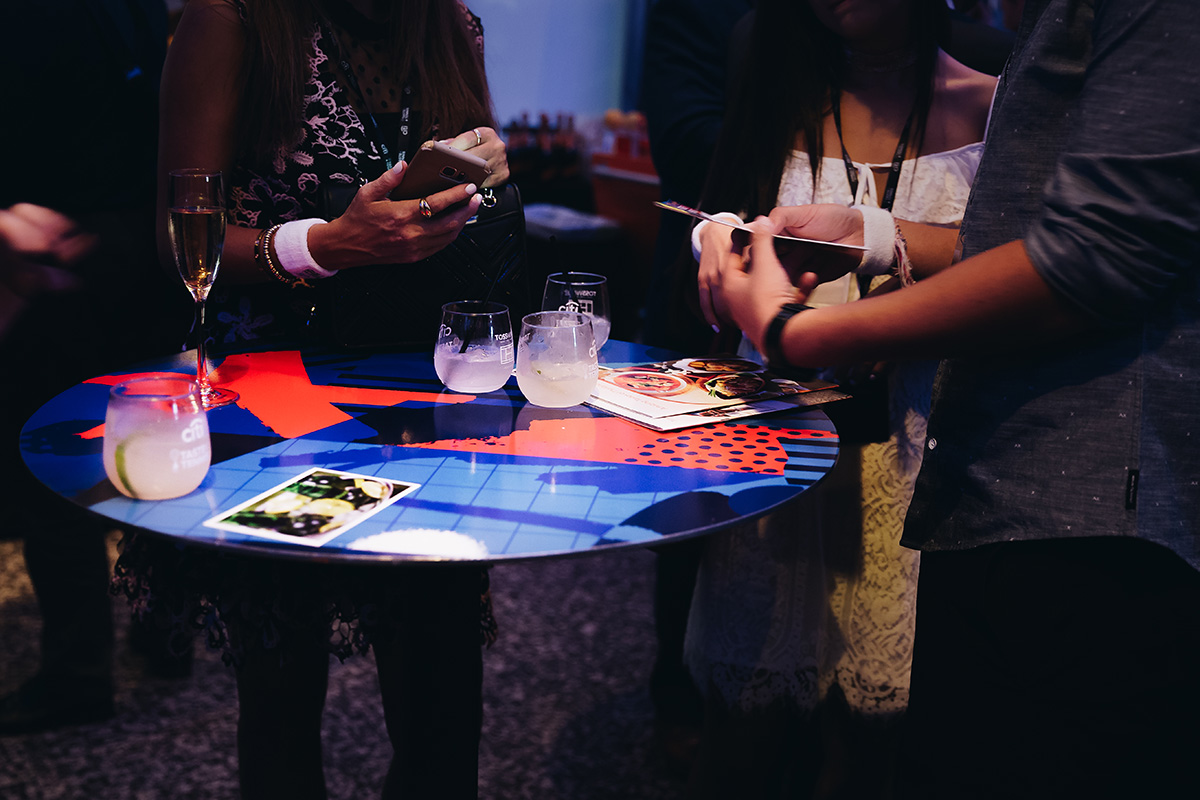 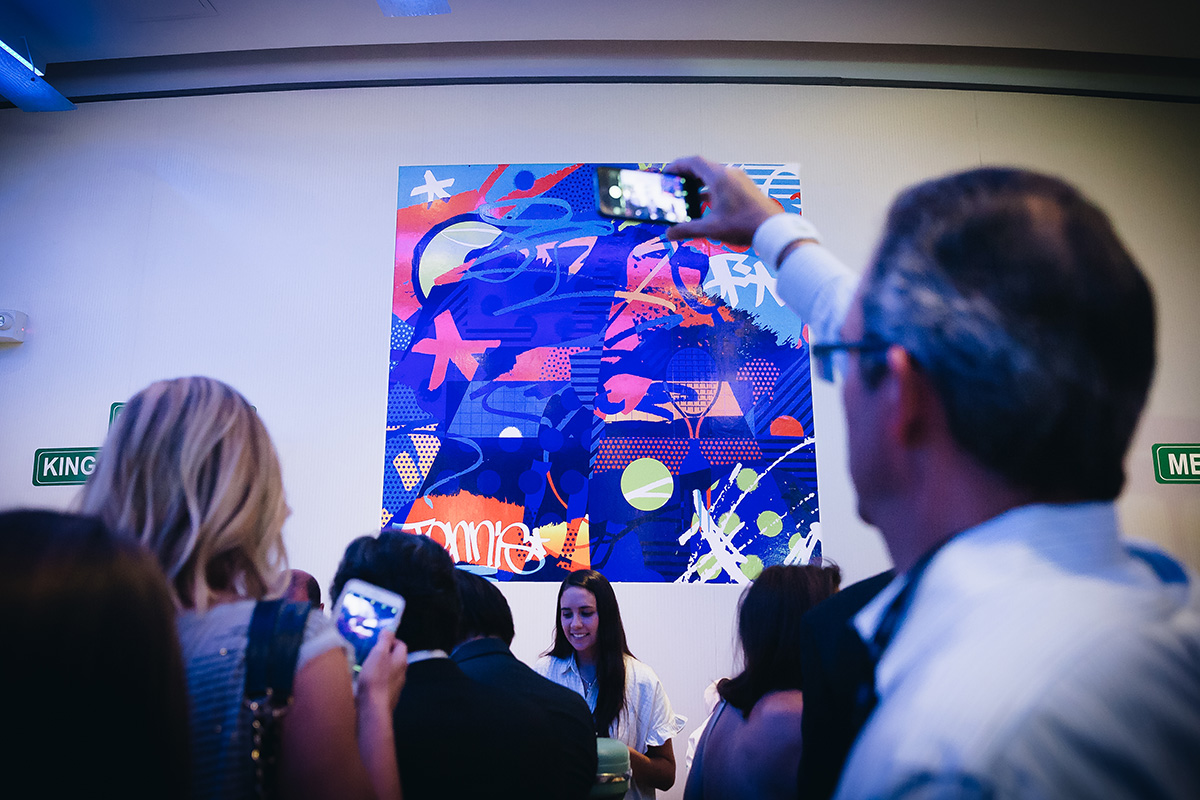 The overarching concept behind these designs was to sneak in elements related to tennis without invoking the gameplay itself. As beautiful as that spring green color is, we used it quite sparingly here. Instead, we shifted towards bold blues and striking reds – as a way to create that modern attitude the event truly needed. More photos below: 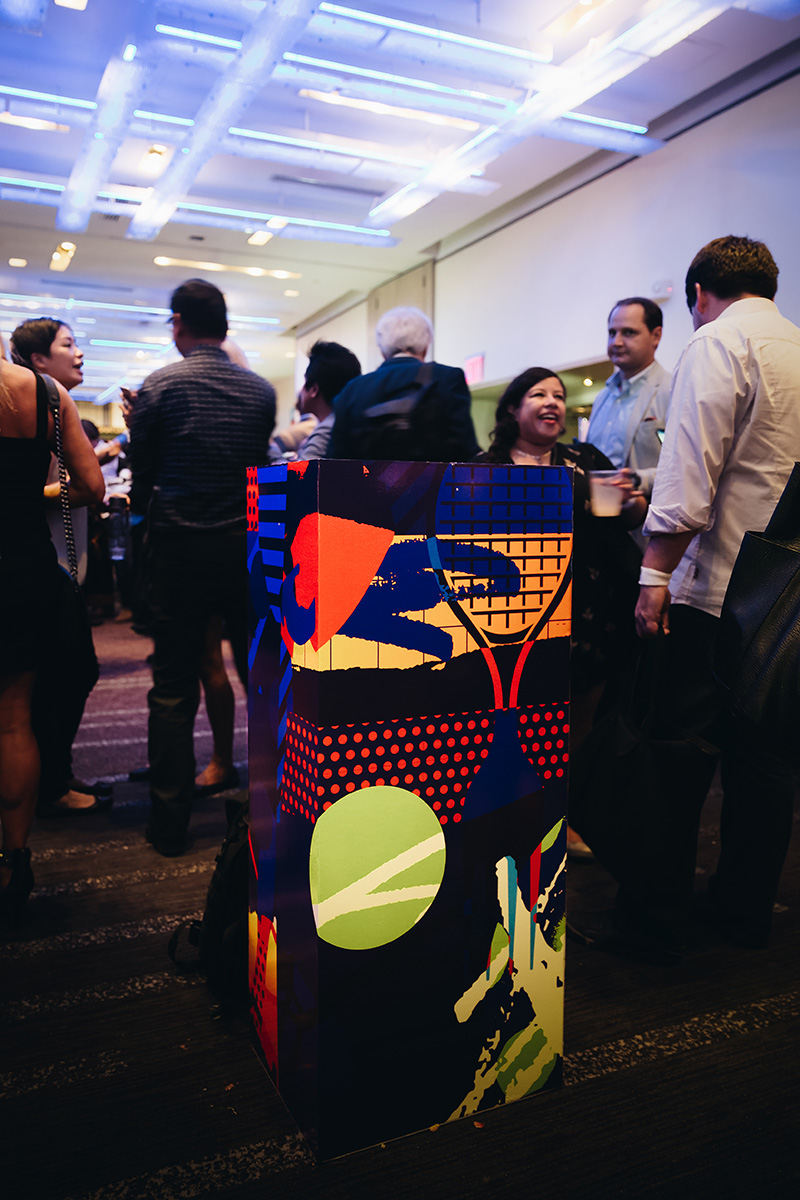 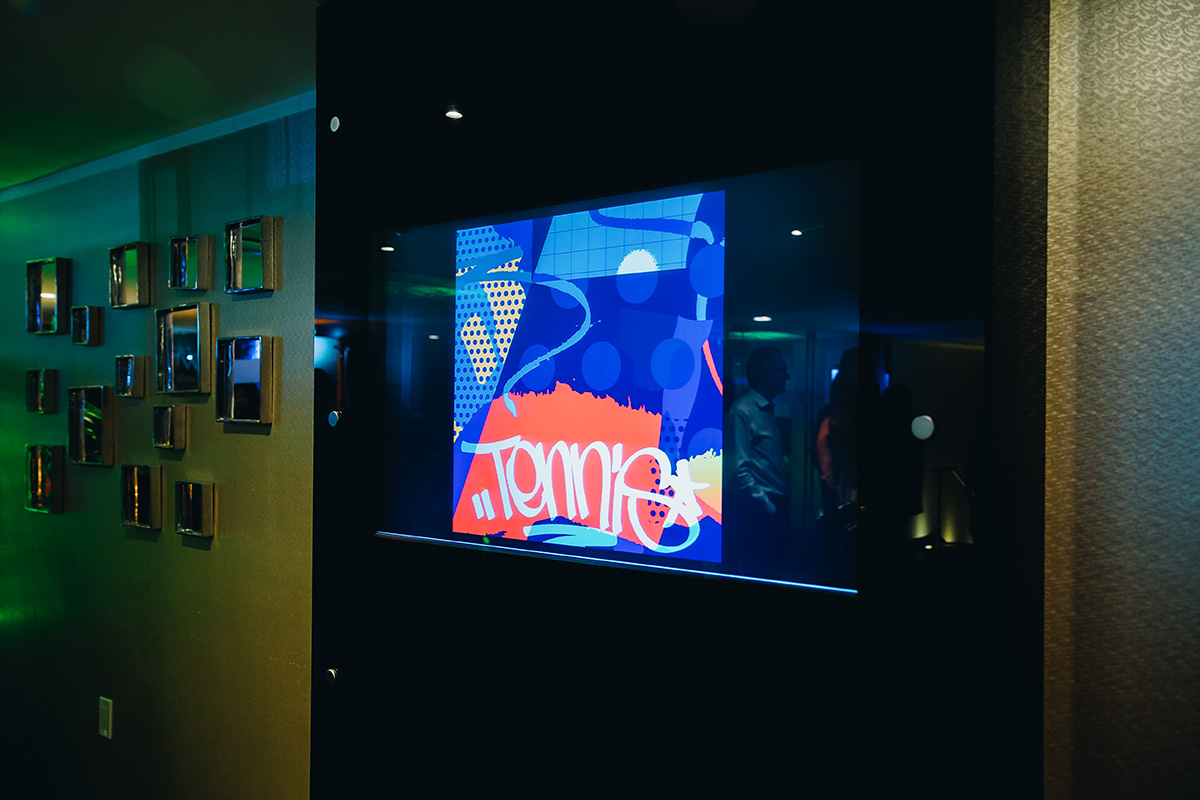 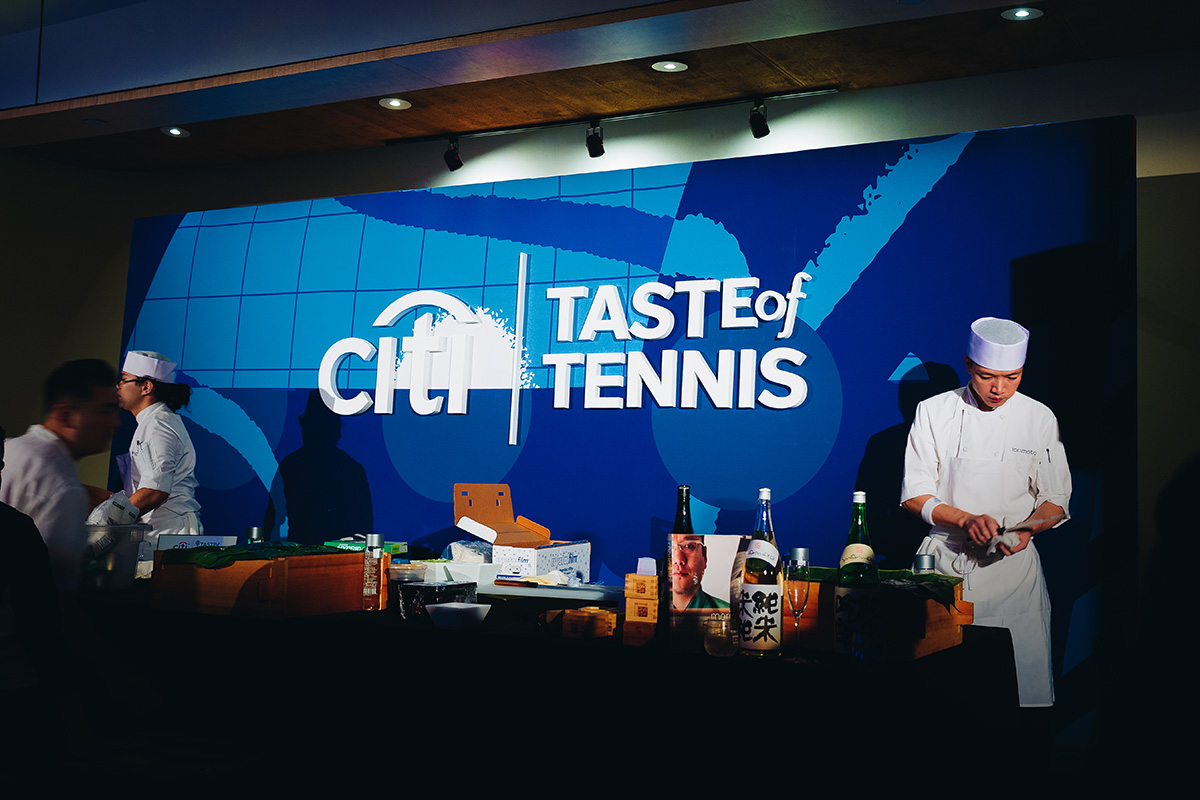 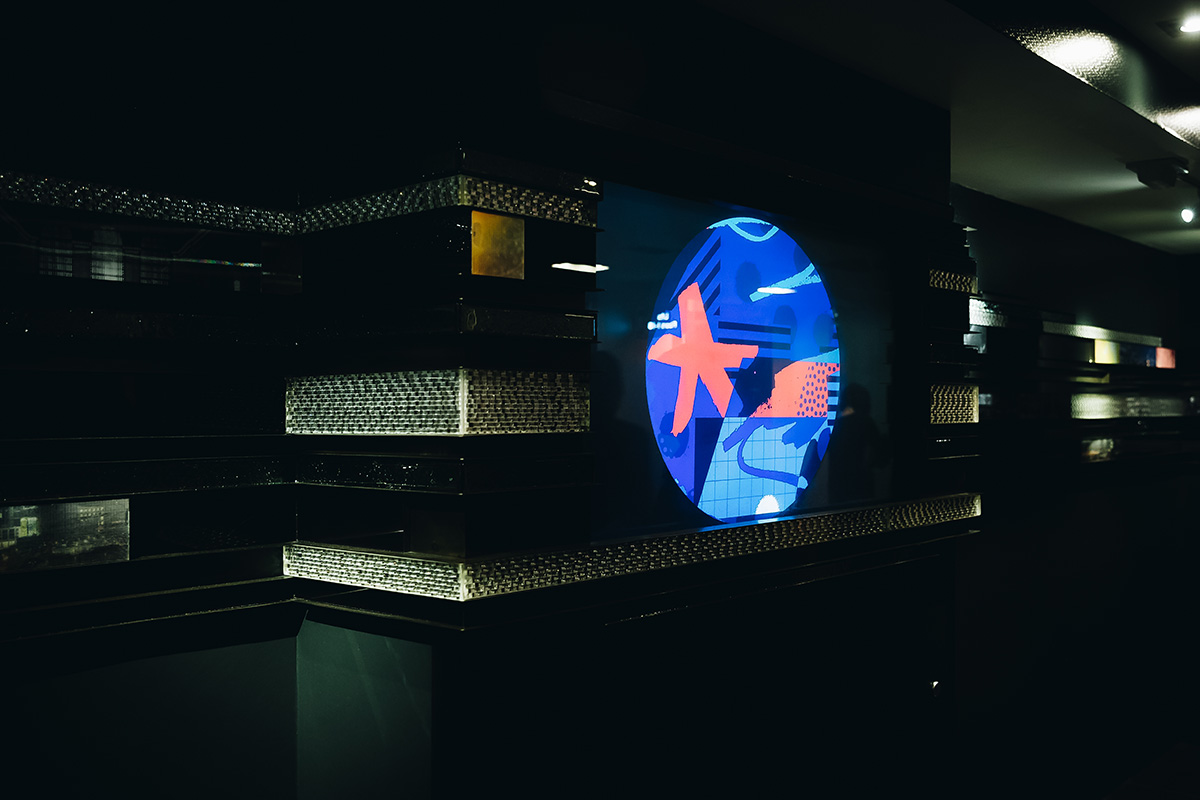 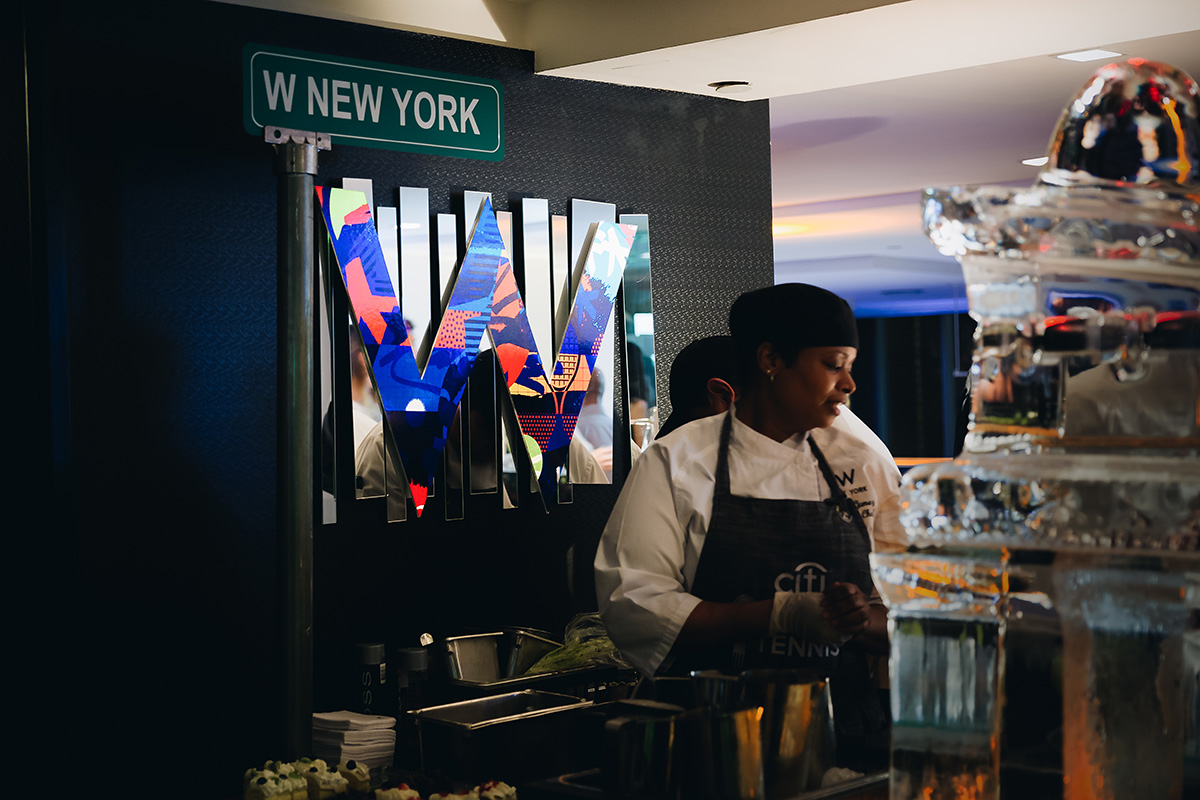 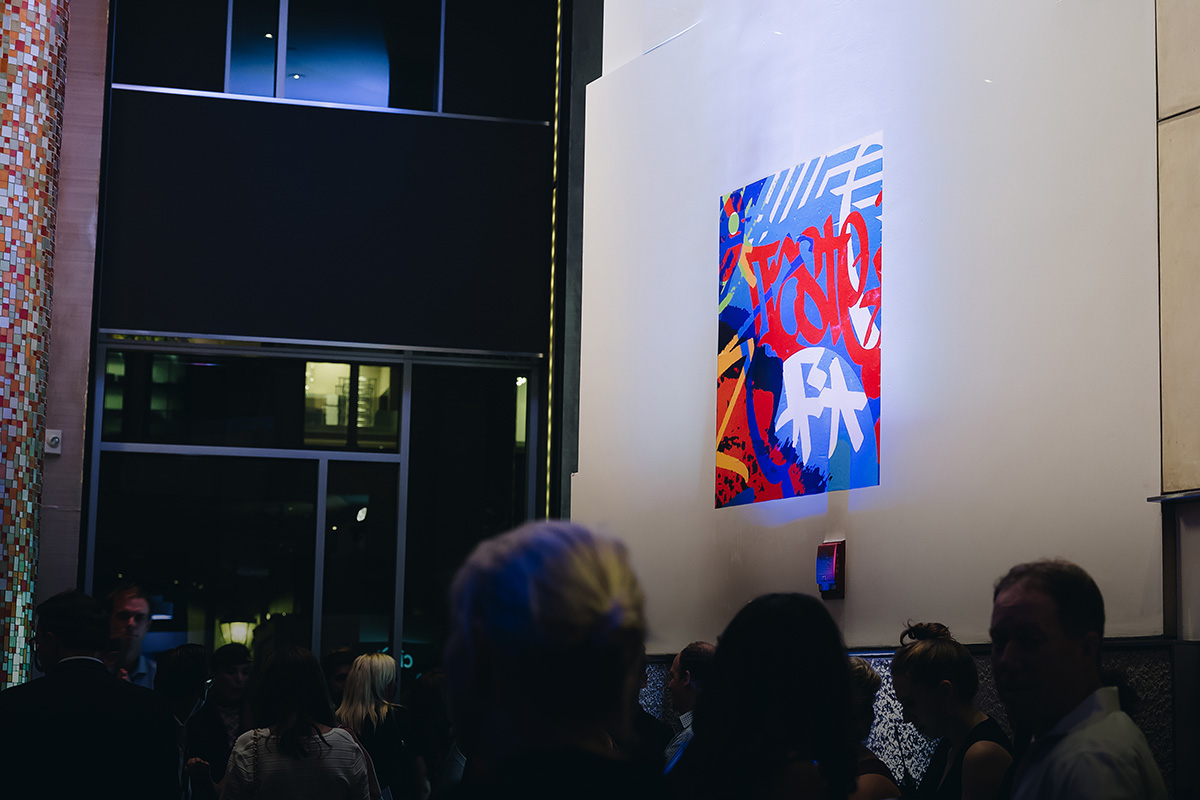 Sometimes, it’s this understated level of creativity that makes an event truly special. We are so happy that the turnout was high and that our client was in love with our work! If you feel the same way, check out some more of our event designs here!